Page Seventy
The Sons of Jacob
Their Plot to Murder Joseph


Know that it would be at this time, that the sons of Jacob would say amongst themselves: "Here comes that dreamer. Come now, let's kill him and throw him into one of these cisterns and say that a ferocious animal had devoured him. Then we'll see what comes of his dreams."

In the last article, we'd learned that one night, Joseph had received a divine confirmation from the Most High God. For the Lord had shown him a dream, that revealed -- that he would perhaps, one day, be some sort of ruler. For we find Joseph, telling his brothers about the dream: 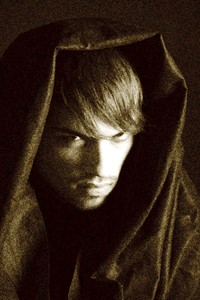 "Listen to this dream I had: We were binding sheaves (bundles) of grain out in the field when suddenly my sheaf rose and stood upright, while your sheaves gathered around mine and bowed down to it." -- Genesis 37:6,7

And it's at this point, that Joseph's brothers had scoffed at him, saying: "Do you intend to reign over us? Will you actually rule us?"

And soon after this had happened, the Lord would show Joseph another dream. And it's from within this dream, God would confirm Joseph's previous dream:

"Listen, I had another dream and this time the sun and the moon and eleven stars bowing down to me."


And it's at this point, that Joseph would tell his father Jacob (and again, along with his brothers) about the dream that the Lord had shown him. And because of this, Joseph's brothers would become increasingly more envious of him. But as for his father Jacob, know that he would become very concern, with what Joseph had to say. But in spite of this, and due to the great respect and love that he had for his son, Jacob would keep an open mind to what Joseph had just shared with him.


Jacob's Concern About His Sons -- Was Warranted?


Be that as it may, life would continue on as normal for Jacob's household, despite the hatred that Joseph's brothers had developed towards their younger brother. But unfortunately for Joseph, it would be during one of these normal days, that the Sacred Record would reveal, that the sons of Jacob (which were the ten that were older than Joseph) -- had headed out towards the land of Shechem, in order to graze their father's flocks.

Now keep in mind, that it had not been too long ago, that Simeon and Levi (for they were Jacob's sons, through his wife Leah) had lead a deceptive and fatal attack, against the Shechemites. And this was done in retaliation, behind prince Shechem sleeping with their sister Dinah. So it's only natural for Jacob to have some concerns, when it came to their surrounding neighbors. For, it's very well possible, that these neighboring clans, were friends (and perhaps allies) with the fallen Shechemites.


Know that Jacob's concerns, could have easily dealt with, worrying that their surrounding neighbors, would have tried to seek revenge, or retaliation against Jacob's household -- behind the fatal event (which was lead by his sons) that had taken out the Shechemites. I mean after all, we have to keep in mind, that to his neighbors -- Jacob and his family, were still considered foreigners from within the land.

And on top of that, in their minds, the Shechemites were a respected royal family, that had rightfully belonged to the land of Canaan. So when it came to his sons journeying so close to the place where they had enacted their fatal plot against the Shechemites, you should be able to see how it's only natural for Jacob to have had concerns for the overall safety of his sons.


Jacob Sends Joseph -- To Check On His Brothers?


So Jacob does, what would seem to be a wise thing to do? and he sends forth his most trusted, and favorite son Joseph. For he wanted Joesph to go out and make sure, that his brothers were still doing well. So Jacob tells his son: "As you know, your brothers are grazing the flocks near Shechem. Come, I'm going to send you to them. Go and see if all is well with your brothers and with the flocks, and bring word back to me."


Have You Seen My Brothers?


Soon after this had happened, a stranger would notice Joseph looking, and searching frantically for something: "What are you looking for?" the man asked him. "I'm looking for my brothers. Can you tell me where they might be grazing their flocks?" Joseph replied. "They have moved on from here. I heard them say, 'Let's go to Dothan.'" The man told Joseph.

Now Dothan wasn't very far from Shechem, and because of this, Joseph would head out in search for his brothers, over in that area. So, as Joseph approached Dothan, he would spot his brothers from afar off. Also know, that his brothers had also seen Joseph coming in, from the distance as well. And it's at this point, that they plotted to murder him, as they saw him approaching.


And it would be at this time, that the sons of Jacob would say amongst themselves: "Here comes that dreamer. Come now, let's kill him and throw him into one of these cisterns and say that a ferocious animal had devoured him. Then we'll see what comes of his dreams."

Now I'm just simply pointing this out, for I personally feel, that it's a good thing to know. This way, it helps you to better understand the dark situational environment, that Joseph was about to be thrust into. So briefly, know that when it comes to an "cistern?" Keep in mind, that it's completely different, from... let's say, a simple dirt ditch?

For you must understand, that a cistern -- is basically an artificial reservoir, that's used for storing water. Which means, that this "ditch?" -- could have also, been an abandon water-well? Now I wanted to point this out, because as we go forward, the Sacred Record would seem to indicate, that Joseph had indeed, been thrown into something as such.


In the next Bible Study Online Article

I wonder? Could Joseph's brothers' hatred, be so strong towards him, to where they're willing to murder him over it? Is it probable, that their disdain for Joseph, and the mere thought, of them possibly paying homage to him, had caused them to become so fretted about the idea, that they're willing to go towards a level, that's so dark and blood-thirsty, which in turn, would cause them to go against (harm) their own sibling?