I truly believe, that to be able to experience life in God's awesome creation, is one of the greatest privileges that we could ever have. To be able to have a chance to experience: having free will, choice and the creative ability to invent things, is something no other creature can claim.

Taking a Closer Look at Judah

In the last article, we'd touched on the importance of Judah's early history, and how his family lineage connected with our Lord and Savior -- Jesus (Yeshua) Christ. Now we will begin this article, by taking a closer look at the time-line, when it comes to the events that had taken place during the recording of Judah's early household. 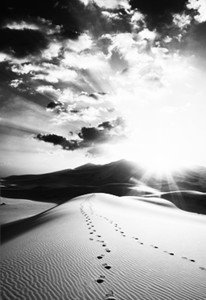 Now remember, in the last article... I'd pointed out, how you could easily miss this little bit of insightful information (when it comes to Judah) during your biblical studies, if you're not careful.

For I personally believe, that it's very important, when it comes to knowing that Judah's account, starts well before the betrayal and selling of his younger brother Joseph.

I also like to think, that knowing this little detail (when it comes to Judah), helps with gaining deeper insight, as we continue onward with our biblical studies.


And on top of this... knowing this little detail, helps us to see another great example, when it come to how God interacts with us, both spiritually and naturally.


God's Word is Filled with Plenty of Examples?

Personally I feel, that if we're able to see how God reacts to our everyday decisions and actions from within the natural... I like to think, that in the long run, if one were to develop this type of understanding and discernment, when it comes to the Sacred Record, it would help that person to better identify with God overall.

Know that the Sacred Record has given us a tremendous advantage? For God has constantly provided us with many, great, recorded examples -- that can easily be seen as some type of foreshadow, when it comes to how God could deal with us, on a personal level (both spiritually and naturally). For the Sacred Record, lays out plenty of those types of examples in which I'm referring to, when it comes to how God interacted with humankind -- both individually, and as a whole.

Now obviously, there's a lot I could say on this subject... and perhaps, I will eventually, as we journey farther along -- but first, I have to keep my promise by moving a little bit farther, when it comes to the Sacred Account of Judah's early household.

First, let's do a quick summary of the events that had taken place, when it came to Judah's infamous encounter with Tamar:

Okay, let's temporarily cut the account summary off right there, and let's take another look, at something else real quick...


Looking at the Possible Time Span?

Now if we also throw in the births of Hezron and Hamul -- for they were born to Tamar's son Pharez. This would mean, that these events would have to cover a time period, of about 23 years. Understand, that this wouldn't be enough time, for all of these events to have taken place, from where this particular record was originally placed, from within the Scared Text. Now because of this, it's presumed... that Judah was already married, and that his three sons (Er, Onan, and Shelah), were already born before the betrayal and selling of Joseph.

Now it's probable, that Judah could have married, when he was around the ages of 15 or 16. For we must keep in mind, that Judah was born fourth unto Jacob, and Joseph was born twelfth -- when all the siblings are counted. For we must not forget, that Jacob's daughter Dinah was born eleventh, right before Joseph. Now looking at this birth order alone, would give us another seven to ten years to work with, when it comes to the recording of Judah's early household.


He's A God of Many Examples?

Okay now, one might ask: "Why is all of this important, when it comes to the timeline in which things occurred for Judah's household? I mean, after all, Judah did pay a heavy price for his sins, by reaping what he had sown -- when it came to the part that he had played, in regards to the betrayal and selling of Joseph."

And rest assured, this question is definitely warranted, being that the statement is true. But we must be willing to go beyond the surface of the text, when it comes to our biblical studies. And I know, because of that last statement, more than a few people raised their eyebrows. But I tell you this, when it comes to God's Word, don't be afraid to go to the deepest depths.

Remember that God is the same today, yesterday and forevermore. And being that He'd moved and connected with humanity, both in the spiritual and natural then... know that the Lord continues to do it now, here in the 21st century and beyond. Always remember, that the Lord is a God, that provided us with plenty of examples that foreshadows, the things that are to come next, when it comes to mankind (both individually and as a whole). Remember, its these foreshadowing examples that God constantly shows us -- when it comes to how He interacts with us personally... again, not only in the spiritual, but the natural as well.

Now I know what I'm stating in this article, can (and will) become a problem for most -- for I find, that they would quickly add something that's extreme, or off the wall, by stating something as such: "You mean to suggest, that God will kill me because of my sin, or that I could lose my salvation? Were not under the ceremonial laws of the Old Testament anymore, we're saved under the blood of the Eternal Lamb -- Jesus (Yeshua) Christ"

And in order to be more clear, know that this is not what I'm implying... for I hold to the notion, that if you truly believe that Jesus is the lone Savior and Redeemer of humanity, and you repent and turn away from the evil ways of the world -- then of course, you will (or you should) inherit the Eternal Kingdom.

What I am implying, is that we must learn how to be accountable for our own actions, and stop leaning on the sorry excuse: "That nobody's perfect, for we all make mistakes." We also need to stop thinking, that life is some type of suffering sentence, that the Lord has declared on us... because it's not. Understand, that life is one of the greatest gifts, that you will ever receive, here in the now and in eternity (as in eternal life.)


Appreciating The Gift of Life?

I truly believe, that to be able to experience life in God's awesome creation, is one of the greatest privileges that we could ever have. To be able to have a chance to experience: having free will, choice and the creative ability to invent things, is something no other creature can claim. To be an individual that's rare and unique like no other, to have so much value poured into us, by being made in the likeness and image of our Heavenly Father -- is the highest honor, a creature could ever have, from within God's magnificent creation.

Oh, what an honor and privilege it is, to be able to hold such a position in life. For the Sacred Record helps us to see, and to be able track how God moves -- not only in the spiritual, but in the natural as well. Especially when it shows, how the Lord reacts to a person's decisions and choices in life. For the Word of God, helps us to have a better understanding and discernment, when it comes to making those everyday decisions, or if those very same decisions, are causing us to head down the wrong path in life.

Understand that God doesn't want to see us suffer -- He wants us to be as radiant, as we can be, when it comes to this dark, cold and corrupt world. So yes! we have the gifts of: forgiveness, redemption, mercy, grace and eternal salvation. But on top of that, we also have individual gifts as well? gifts that makes us rare and unique, when it comes to our own natural way, when it comes to our creative abilities, our talents, and our skills.

I hope and pray, that you don't make the mistake... of just settling on the idea, of just barely making it into the Eternal Kingdom? I truly believe, that what we should do instead, is that we should strive to be at our best, while we make the most of this fantastic opportunity called life -- as we dance and celebrate our way, into the eternal arms of our Heavenly Father.


In the next Bible Study Online Article

Okay finally, my rant is over :) In the next article, we'll go back over the events that I'd outline earlier in this article (without the rant of course) before we move farther along into the infamous account, that deals with Judah and Tamar.