The townsmen would go and seize Tamar and bring her out to stand before the magistrate. Judah knew that she would be found guilty of adultery, since she was still being held to a promise that she would marry Judah's youngest son Shelah


In the last article we'd learned, that after Tamar had found out that Judah had deceived her, when it came to allowing her to marry his youngest son Shelah. The Sacred Record reveals, that Tamar had sought revenge against Judah -- by seeking out to deceive him as well. 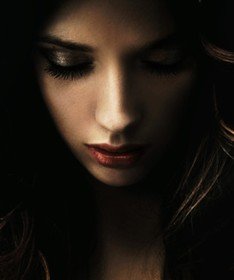 Know that Tamar's plan of vengeance, dealt with her disguising herself as a harlot, in the hopes of tricking Judah to sleep with her:

"So she took off her widow's garments, covered herself with a veil and wrapped herself, and sat in an open place which was on the way to Timnah; for she saw that Shelah was grown, and she was not given to him as a wife." -- Genesis 38:14

And just like Tamar had figured, Judah would take notice of her, and because of this, the two ended up sleeping together.

And after this had happened, Tamar would become pregnant:

"[Judah] said, 'What pledge should I give you?' "Your seal and its cord, and the staff in your hand," [Tamar] answered. So he gave them to her and slept with her, and she became pregnant by him." -- Genesis 38:18


Now remember, that all of this had taken place, after Judah's older sons had passed away after they had married Tamar. To begin with, it would be Judah's oldest son Er who had married Tamar first. But the Lord had found him to be wicked (no specific details given on why), so He'd passed a judgment of death against him, and because of this, Er would meet his demise at an early age. Know that Er's death was so unexpected, that he didn't even have time to produce an heir with Tamar.

And this is where Judah's other son Onan would enter the picture. For Judah had him to marry Tamar -- in the hopes that his family's name would be saved, if Onan were to produce an heir with her. But just like his brother before him, Onan would be struck down for being found to be wicked in the Lord's eyes as well.


Now we fast-forward a bit to about three months later from within this particular account, and this is where we find Judah receiving word, that his daughter-in-law Tamar had been found guilty of prostituting herself. But to make matters worse for Tamar -- she was also found, to be with child:

"About three months later Judah was told, 'Your daughter-in- law Tamar is guilty of prostitution, and as a result she is now pregnant.' Judah said, 'Bring her out and have her burned to death!'" -- Genesis 38:24

Nonetheless, notice what Judah had said after he'd heard of these accusations when it came to Tamar -- for he would become enraged, as he responded by saying: "Bring her out and have her burned to death!"


Now based on Judah's reaction, the Sacred Record would seem to reveal -- that at this point in his life, Judah had become, perhaps a very powerful man. For it would seem, that he was now a man of great estate and persuasion... and because of this, he was now at will, able to get the townsmen to do his biding.


And it would soon be revealed by the Sacred Record -- that the townsmen would do as they were told, and they went and seized Tamar. Now soon after they had brought Tamar out, in order for her to stand before the magistrate. It was at this point, that Judah knew that she would be found guilty of adultery, since she was still being held to a promise that she would marry Judah's youngest son Shelah.

But as we now know, Judah had no intention of handing Shelah over to Tamar -- for he was afraid that his youngest son would suffer the same fate as his older brothers Er and Onan -- for they both had died, after they'd married her. Be that as it may, this would be Judah's chance to get rid of Tamar -- for he was now beginning to blame her, for tainting the family name. And on top of that, Judah was also frustrated, because he now saw Tamar as being a heavy burden on the overall household as well.

But keep in mind, Tamar had not asked Judah for the things he had originally promised her. Judah took it upon himself to make these promises towards her, for he wanted his family name to continue on, out of respect to his oldest son Er.


Now as we move forward a little bit more... I'd stated earlier, that Tamar was now being brought out to stand before the magistrate. But while all of this was going on, she had a message sent to her father-in-law Judah which stated: "I am pregnant by the man who owns these items. See if you recognize whose seal and cord and staff these are."

And after Judah had received the message, it was at this point, that he'd realized that he was the father of her unborn child. And it's at this time, he'd said to himself: "She is more righteous than I, since I wouldn't give her to my son Shelah."

Understand that Judah's response, was brought on by the fact, that Judah although surprised by the message, and the items that revealed that he was the father of Tamar's unborn child -- Judah also knew at that moment, it was by his doing, that Tamar had been led down the path that she ended up eventually traveling. For Judah knew, that he had broken his promise to Tamar by not giving his son Shelah over to her, as he had pledge. And it was for these reasons, he had her released.


I mean after all, who knows -- perhaps Tamar's chastity would have been preserved, if it weren't for Judah's deceitful and misleading ways? Nonetheless, he must now face the shame that he had once, sought to dodge... for his secret encounter that was done in the dark, has now been brought into the light. And after this had happened, the Sacred Record informs us, that Judah did not sleep with Tamar again after this episode had happen:

"Judah recognized them and said, 'She is more righteous than I, since I wouldn't give her to my son Shelah.' And he did not sleep with her again." -- Genesis 38:26

Now this passage, should somewhat prove, that he was totally deceived by Tamar -- and that he had no way of knowing, that she was indeed his daughter-in-law when he had first slept with her.

However that may have been, the Sacred Record also reveals, that sometime later -- Tamar would give birth to twin boys. And it would be at this time, that as the boys were being born, one of them put out their hand, and the midwife had tied a scarlet thread around his wrist: "This one came out first!" she would proclaim. But the child ended up drawing back his hand, and his brother came out before him: "So this is how you have broken out?" she remarked.

Now the son that was born first, would be called Pharez. For the name signifies "breach." And he would be followed by his twin brother, who was called Zarah. For his name signifies "rising."

Okay, so now we'll return back towards Joseph's account. And as we journey further, we'll learn where Joseph ended up after his betrayal by his brothers? And perhaps, we'll also learn -- what's next for him, while he makes his way down the dark path of uncertainty? For he was once a favorite son who held a bright future and tremendous favor -- but after what happened to him, one may wonder: "But what about now?"