Judah
The Importance of His Household


Understand that as I started to delve deeper, and began to peel back the simple text layers, when it came to these particular passages. I would ask myself: "Why the extra detail when it comes to Judah's family history? And why not the same detail for Jacob's other sons, when it comes to theirs?" Know that as I continued my journey, I began to discover some very interesting information.

In the last article we'd learned, that after Joseph's brothers had betrayed him, by selling him to a caravan of merchants that were passing by. The Sacred Record points out, that Joseph's brothers would devised a plan, that was intentionally designed to deceive their father Jacob -- when it came to Joseph's very unexpected disappearance. 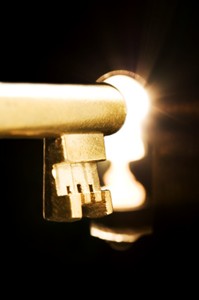 For we would find, that Joseph's brothers would lie to their father by telling him, that his favorite son Joseph had been killed by some ferocious animal.

And in order to further convince Jacob, that this was indeed true -- they'd showed him the richly ornament rob that he had given to Joseph, which was drenched in goats blood.

For they had made Jacob to believe, that the blood had belonged to Joseph: "It is my son's robe! Some ferocious animal has devoured him. Joseph has surely been torn to pieces." -- Genesis 37:33

Nonetheless, after Jacob had heard this horrific news, when it came to Joseph -- He would end up falling into an emotional state of deep sorrow.


Unlocking the Details of Judah's Household?

Now like I just stated, I feel that Judah's record is of great importance, for many reason? To begin with, we must remember, that it was Judah's family lineage that Jesus [Yeshua] Christ would eventually come from. But in spite of this, normally, when the record of Judah is taught and preached on, I find that the main focus is often times, placed on the events that had happened between Judah, and his daughter-in-law Tamar.

Now don't get me wrong, I also believe that the account of Judah and Tamar, is a very important record as well. But I also find, that the occurrences that had happened earlier in Judah's life, which ended up leading to Judah's interactions with Tamar, are just as important.


A Record Placed Out of Order?


I also want you to know, that Judah's Sacred Account -- is one of those records, that seem to be placed out of the proper order of sequences? for it starts, long before Joseph was sold into slavery by his brothers. But its placement, makes it seem like the record had occurred right after Joseph's betrayal. But know, that this wasn't the case.

Also keep in mind, that it's these types of accounts, that Bible critics constantly point to -- when it comes to trying to bring trivial, and frivolous objections to the Word of God. And perhaps, this would be one of the main reasons, why most would seem to gloss over certain biblical accounts -- or even worse, just all together... ignore these types of records that seem to be, contradictory and insignificant.

Now honestly, I must admit, that the thought of glossing over this one particular record, had indeed crossed my mind as well? But the reason why I'd entertained the notion, when it comes to moving pass it -- simply dealt with the account of Joseph? For it seems to be more interesting, and engaging, when it comes to one's biblical journey. So simply put, I didn't want to bore you with Judah's record.


Everything From Within the Word of God -- Is Immensely Valuable?


But know, that when it comes to the Word of God, everything that can be found from within its Sacred Covers, are immensely valuable. Also know, that these are the sort of things, that makes the Sacred Record so wonderful and mysterious -- when one engages with it. For I like to think, that the Sacred Record causes one to reach beyond the surface of simple reason, logic and rational thinking -- by compelling that person, to venture forth into the realm, of what most would call "the impossible."

I've also embraced the notion, that if we never allow ourselves to be pushed beyond the familiar, or encouraged in some sort of way, to go beyond one's worldly perception of things, when it comes to our thinking process -- then we'll be forever limited, to those worldly perceptions.


Nonetheless, as I started to delve deeper, and began to peel back these simple Sacred Text layers. I'd asked myself: "Why the extra detail, when it comes to Judah's family history? And why not the same detail for Jacob's other sons, when it came to theirs?" And as I'd continued exploring, I began to discover some very interesting information. Now if you don't mind, I would like to briefly share it with you?

First off, let me again, point out -- that Judah's Record goes back well before Joseph was sold into slavery by his brothers. Understand that this little detail, is very important to know -- since we're actually taken back to a time, when Judah himself was around the age of seventeen.

Now pay close attention, because it's right here at the very beginning of Judah's account, which takes place from within the 38th chapter of Genesis -- so if you're not careful, you can easily be thrown completely off, when it comes to the actual time period that this passage is referring to: "At that time, Judah left his brothers and went down to stay with a man of Adullam named Hirah." -- Genesis 38:1


Why Was This Record Misplaced?


Now being that this Scripture is placed right after the account of Joseph, in which he had been sold into slavery -- again, one would assume, that Judah had left his brothers soon after this deceitful account of betrayal, had happened against Joseph? But in actuality, this Scripture is pointing to an earlier time period, when Judah had left his brothers once before?

Now after reading that last statement, one could put forth the question: "Why so? Why not begin Judah's account from the time that Joseph was sold?" And you know what, if one were to be honest, they would have to admit, that this is a very good question. So let me try to answer it, from what I'd gathered, when it comes to the awesomeness of God's Word.


Again, we must keep in mind, that Judah and his genealogy... gains special attention throughout the Sacred Scriptures, for the mere fact... that our Lord and Savior, Jesus (Yeshua) Christ -- will eventually come from his family lineage. Now I know that I'd stated this before, but its important information to know, being that this is the whole reason why I begun these online studies from within the Old Testament in the first place, and not from the New Testament, like most would do.


And this is why, we must learn to have patience when it comes to studying God's Word. For when we begin our studies in the New Testament, we seem to get immediate answers, when it comes to our eternal salvation and who Jesus is. Notice how I used the word "seem" -- for how can you know, and appreciate what the gift of eternal salvation truly is, if you don't know about the history of fallen humanity?

How can you stand strong, and courageous for Jesus (Yeshua) Christ -- if you don't know about the divine promises, and the historic events that had taken place, throughout this Great Book, that's filled with records, that had constantly referred to Him? And what about the prophecies that were foretold? for they had constantly laid forth, a path that was designed and filled with great expectations -- a design that had brought forth high expectations, that Jesus would later meet and fulfill, through several earthly events and divine confirmations?

I like to think, that by having a good understanding of the Old Testament -- it will help you to stand stronger, and to have faith without doubt, when it comes to who Jesus is. And once you've seen how Jesus fulfilled every Old Testament prophecy that was foretold about the coming Messiah, there will be no more second guessing, when it comes to Him, and the eternal salvation that you now enjoy, because of the tremendous blood sacrifice that He made for us.


Were Fighting the Same Fight?


Now don't get me wrong, I have no problem with Bible teachers, or church leaders, who start their studies in the New Testament. In fact, as Bible teachers, we are trained and taught, that this is what we are supposed to do. For it's highly recommended, that one should start their studies, with the gospel of John. And I must say, for I know it's true, that the four gospels of Christ, are definitely powerful and transforming, there's no denying that, and I believe that they MUST BE consumed daily.

Know that I will never speak out, or against someone, when it comes to how one is being lead by God's Spirit -- especially when it comes to their ministry. I just want you to understand, that I'm just pointing out, why I personally like to include the Old Testament in my overall studies. Also know, that it's nothing more than that. So please understand, that I'm not trying to be critical of any church leader, or Bible teacher in any way, shape, or form -- for we're all fighting along side each other, when it comes to the Good Fight of Truth.

Also keep in mind, that Judah's recorded account -- is one of many, that takes place from within the Old Testament, that helps to add to the facts and substance, of why we stand courageously for Jesus -- just like He stood courageously for us on Calvary.

Now I wasn't expecting to type all of that... well, maybe I was? And since this article is getting a little long, I will move forward with the actual historic account of Judah in my next one -- I promise.