We must not make the mistake of thinking, that God has abandon us when things get rough, or because we don't recognize the package that our blessing is wrapped in, or the path that He has decided to put us on, when it comes to our lives, and our calling.


In the last article we'd learned, that after Potiphar's wife had ramped up her sexual advances, when it came to pursuing Joseph. The Sacred Record informs us, that on one particular day, Joseph would find himself all alone with Potiphar's wife. 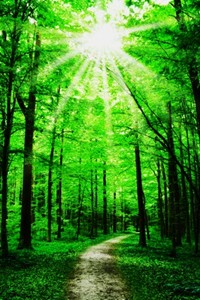 And it would be at this time, that Potiphar's wife would try to physically force herself upon Joseph.

Her approach was so strong, that Joseph had actually to flee from her presence.

But while doing so, he'd left the cloak that he was wearing, dangling in her hands.

And it would be at this time, that Potiphar's wife was afraid that Joseph would run and tell her husband.

So in order to get ahead of the story, Potiphar's wife decides to falsely accused Joseph of wrongdoing.


So she tells her husband (her version) about what had happened.

And course, Potiphar would be placed in an awkward position -- to where he had no choice, but to stand with his wife and her false allegations against Joseph. And because of this, he'd put Joseph in prison. Understand that there was no way, that Potiphar was going to side with a slave, over his wife. No matter how much, he'd favored Joseph and the good man that he had known him to be.


Nonetheless, I find it very interesting that when it comes to the path that Joseph had been forced to take. That if one were to look at this path from a natural perception, one could easily think, that Joseph had been treated unfairly, and that God had turned His back on him. Now keep in mind, that this viewpoint is warranted -- because we know, that Joseph was a person that had stayed true to the Lord -- in spite of his unfortunate situation.

And although Joseph was still very young when he was sold into slavery (for he was only 17 years of age), one should be able to see, the early signs of how great of a man, that Joseph would eventually become. Especially when it comes to his gifts, which included: leadership, loyalty and being able to properly manage things and people. And honestly, one could easily find themselves becoming frustrated, right along with Joseph -- when it came to the way that his life was turning out to be.

Now I must admit, that these are the kind of Sacred Accounts that could have a person definitely scratching their head in total astonishment, when it comes, to how the Lord treats His favored treasures. But on the other hand, these are also, the type of Sacred Accounts that can teach us how to look at things in such a way, that goes far beyond the limits of our natural perceptions and understanding.


Now before we go further, let's do a quick recap, when it comes to the events that Joseph had endured so far:

First he's removed from his father's household, in which his responsibilities dealt with him keeping an eye on his brothers, while he'd dreamt of being a ruler of some sort. Joseph would share this dream with his family, and because of this (mainly out of jealously) he's hated by his brothers, and forcibly removed by them, by being sold into slavery.

This ordeal would provide Joseph with what I like to call, a short season that's filled with nothing but darkness and uncertainty. Now I find myself coming to this conclusion, for the mere fact, that Joseph doesn't know what dark fate will befall him next. Be that as it may, Joseph survives the first stage, when it comes to the path that he has been forced to take. But again, I consider this to be only the first stage. And make no mistake, more will come, for the Sacred Record informs us, that Joseph would end up being sold into the house of Potiphar -- a man who was known, as a captain of guard, from within Pharaoh's court.

Now understand that God is still with Joseph -- and because of this, after a little time passes, Joseph is promoted to being the overseer of Potiphar's entire household. Now this simply means, that Joseph is now over everything that belongs to Potiphar -- which included: assets, servants, household budget, etc. And although he is far away from home, and being held against his will, Joseph now finds himself with more responsibility and authority than he had, while he was at home watching over his brothers and daydreaming.


Next we find, that Potiphar's wife, framed and lied on Joseph -- by telling her husband, that Joseph was trying to defile and take advantage of her. And although it would seem, that Potiphar didn't fully believe his wife, the fact that Joseph was still a slave (in spite of his high ranking position, from within Potiphar's household) weighed heavily on Potiphar's decision, when it came to siding with his wife. Understand that Potiphar had no choice but to throw Joseph in prison, for he couldn't allow a slave to ruin the reputation of his wife, while having himself shamed in the process.

And because of this, once again, Joseph has a dark moment of uncertainty. For he is now being sent to the King's Prison -- for a crime that he did not commit. But know, that as soon as he enters into the prison, we find that God is still with him, and the warden over that prison eventually promotes Joseph to be the overseer, when it comes to all the prisoners. So this means that Joseph is now in charge over all the prisoners, from within the King's Prison.

Keep in mind that the King's Prison would be much larger than Potiphar's household, and because of this fact -- I hold the viewpoint, that this is a much larger promotion, than the one that Joseph had earned, while serving in Potiphar's household. In spite of the fact, that he now finds himself in a place, that has an environment that promotes nothing but distress and affliction.


The Chief Cupbearer and The Chief baker?

Now sometime would go by and the prison would now find itself with two additional prisoners: "Pharaoh was angry with his two officials, the chief cup-bearer and the chief baker, and put them in custody in the house of the captain of the guard, in the same prison where Joseph was confined. The captain of the guard assigned them to Joseph, and he attended them." -- Genesis 40:2-4

Keep in mind that the captain of the guard is Potiphar. So this means, that these two royal offenders are now in his custody, in which Potiphar would assign them to the King's Prison -- which would automatically placed under the charge of Joseph. Now some seem to make more of the last statement, when it comes to the passage we just read: "The captain of the guard assigned them to Joseph, and he attended them." Now it's popular to suggest, that Potiphar was softening his stance towards Joseph?


But personally, I disagree with that assessment, being that Potiphar stance was as soft as it was going to be, when it came to Joseph. For I truly believe, that Potiphar would have had Joseph killed, if he did not believe him over his wife. Also keep in mind, that the chief cupbearer and the chief baker would have been automatically charged under Joseph anyway, being that he was the overseer to all the prisoners.

And there's one other thing that we must not forget, when it comes to God? know that He always has a plan. For we must not make the mistake of thinking, that God has abandon us when things get rough, or because we don't recognize the package that our blessing is wrapped in, or the path that He has decided to put us on, when it comes to our lives, and our calling.

In the next Bible Study Online article:


67) The Descendants of Esau