Page Seventy-Eight
Joseph
The Servant Who Was Highly Favored


"When his master [Potiphar] saw that the Lord was with him and that the Lord gave him success in everything he did, Joseph found favor in his eyes and became his attendant. Potiphar put him in charge of his household and he entrusted to his care everything he owned." --

In the last article, we'd finally wrapped up the biblical account that dealt with Judah's early household and its overall importance. For I spent some time trying to connect the dots, when it came to the intense family drama that Judah was experiencing from within his own household. 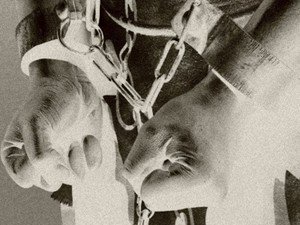 
I'd also pointed out, that it was very well possible that Judah was going through what I'd like to call "a reaping season?"

For I believe, that Judah was reaping what he had sown, when it came to the role that he had played, which dealt with the betrayal and selling of his younger brother Joseph.

Now when it came to Judah's family drama problems, know that they mainly revolved around his daughter-in-law Tamar.

For Judah had lost two of his sons (for they were the one's who'd married her), to a death sentence that the Lord had handed down upon them for being wicked. Now keep in mind, that the role that Judah had played when it came to Joseph's betrayal, went far beyond that? For he was also with his brothers, when they had deceived, and lied to their father, when it came to what had really happened to Joseph?


How They Deceived Their Father


Be that as it may, remember, this is how they had led their father Jacob to believe, that Joseph had been mauled and killed by a wild beast:

"Then [Judah and his brothers] got Joseph's robe, slaughtered a goat and dipped the robe in the blood. [Then] they took the ornamented robe back to their father [Jacob] and said: 'We found this. Examine it to see whether [or not] it is your son's robe.' [Jacob] recognized it and said, 'It is my son's robe! Some ferocious animal has devoured him. Joseph has surely been torn to pieces.' Then Jacob tore his clothes, put on sackcloth and mourned for his son many days." -- Genesis 37:31-34

And this is why I find it very interesting that Judah would not only lose two of sons to a death sentence, but as time went by, Judah's wife would also meet her demise:

"Judah then said to his daughter-in-law Tamar: 'Live as a widow in your father’s house until my son Shelah grows up.' For he thought: 'He may die too, just like his brothers.' So Tamar went to live in her father’s house. After a long time, Judah’s wife, the daughter of Shua, died. When Judah had recovered from his grief, he went up to Timnah, to the men who were shearing his sheep, and his friend Hirah the Adullamite went with him." -- Genesis 38:11,12


Nonetheless, we now move forward. For we now find the Sacred Record taking us back to the account of Joseph. Now remember, when we had last left him, Joseph had been betrayed by his brothers, and sold off into slavery to the Ishmaelites. Now it's also at this point, the Sacred Record informs us, that after the Ishmaelites had purchased Joseph -- they took him down to Egypt.

Now a short while later after the Ishmaelites had arrived in Egypt -- Joseph would find himself being sold again. But this time around, it would be to an Egyptian officer, who was also the captain of the guard that had served in Pharaoh's court. This Egyptian officer was known as Potiphar. Now it's also at this time, that we're told that the Lord was with Joseph... and that he was prosperous, while he'd lived in the house of his new Egyptian master:

"Now Joseph had been taken down to Egypt. And Potiphar, an officer of Pharaoh, captain of the guard, an Egyptian, bought him from the Ishmaelites who had taken him down there. The Lord was with Joseph, and he was a successful man; and he was in the house of his master the Egyptian." -- Genesis 39:1,2


Something to Get Excited About...?


Now I believe, that this little bit of information that is being revealed from within the passage above, is something that I personally think, we need to really get excited about? Why so, you may be wondering? Well first off, let's think about the household that Joseph had come from for a moment? And while we do, also keep in mind, that Joseph's father Jacob -- was a very wealthy man by this particular time. And on top of this,Jacob would eventually become a well respected man from within the land of Canaan.

Now remember, that it was revealed to us, that Jacob's favorite son was Joseph. And since his older brothers had forfeited their rights to the birthright of the first born (because of their sinful actions) -- the birthright has now fallen upon Joseph. Understand that the sons of Jacob were not only jealous of him, but they felt threaten by Joseph as well. This is why at first, they'd sought to kill him -- but then later on, they would agree to have him sold.


Know that Joseph had loved his family, for the Sacred Record had constantly showed, that he was loyal and obedient when it came to them, and yet... he now finds himself having to endure an unfair season of hardship, that was brought upon him by the hands of that very same family that he had once faithfully stood behind. And you know what? by the world standards, one would not have blamed Joseph if he had been found to be: angry, bitter and sad, behind what had happened to him? I mean after all, he had been forced in this unjust situation.

But also know, that in spite of this unfortunate situation that Joseph is now enduring, understand that a powerful lesson is now being presented to us? For I want you to know, that as we continue to journey further into Joseph's record -- we'll soon discover, that Joseph would not travel down a destructive and emotional path, like most of us would have probably done if we were in his shoes.

You see, what Joseph had done instead, in spite of his current ordeal -- he'd stayed (no matter what) true and obedient to the Almighty God. And because of his tremendous faith, Joseph was greatly rewarded for doing so. For we must remember as we continue to move forward, that the Lord was with Joseph in everything that he did. And it was for this reason, Joseph was successful in anything and everything, that he had decided to put his hands towards.


The Favor of the Lord?


As a matter of fact, the favor of the Lord was found to be so strong with Joseph -- that his new master had begun to take notice of it, as well: "When his master [Potiphar] saw that the Lord was with him and that the Lord gave him success in everything he did, Joseph found favor in his eyes and became his attendant. Potiphar put him in charge of his household and he entrusted to his care everything he owned." -- Genesis 39:3-4

Now let's take a closer look at this passage for a moment... First off, I want you to notice Potiphar's reaction to the tremendous blessings that the Lord was bestowing upon Joseph's life, while he was in the midst of his storm: "Joseph found favor in his eyes and became his attendant. Potiphar put him in charge of his household and he entrusted to his care everything he owned."

Now what this simply means, is that Joseph was no longer a lower class servant in Potiphar's household, for he was now the head steward of the entire estate. Also keep in mind, that Joseph had earned respect, and favor with his new master, without compromising his relationship with the Most High.

Now it's not clear, on what type of success that Potiphar had before Joseph had come along -- but the captain of the guard had made a very wise decision, when he'd placed Joseph over everything he had. For it would be from this point forward, that everything that Potiphar had owned and did in the field, had the blessing of the Lord on it. For Potiphar had now found favor in the Lord's eyes, and he owed all of this to Joseph.


Now I find it very interesting, that this similar type of situation had also happened to Joseph's father Jacob -- back when he'd worked for his father-in-law Laban. Being that Jacob was himself forced, from the wealthy estate of his father Isaac -- which was due to the rift that he had with his brother Esau.

Remember that Jacob would work for Laban in unfair conditions, for fourteen years. And although altogether he was with Laban for twenty years -- know that fourteen of those years, were deemed to be unfair by the Sacred Record. Also note, that although Jacob was treated unkindly, he too (for them most part) did not turn bitter, for he'd also stayed obedient to the Most High. And therefore, he too was rewarded -- for the Lord was with him, and success followed Jacob in all that he did.

I would also like to point out, that Laban's household was blessed for those fourteen years, and he'd owed all of this to Jacob as well. Remember that Jacob would come out of that 20 year ordeal, a well respected, and wealthy man. And now we find his son Joseph going through a similar situation. Or, so it would seem...?

Being that God is the same yesterday, today and forevermore -- will this be the start of a prosperous career for Joseph? Or will we find him, still in the midst of a season, which continues to be filled with life suffering hardships, that will continue to keep Joseph on a long dark road of uncertainty?