"Yes, this is my son's robe! Some ferocious animal has devoured him. Joseph has surely been torn to pieces," the distraught father cried out, as he tore his clothes.


In the last article we'd learned, that after Joseph had done as his father had instructed him to do, when it came to locating his brothers. Remember that Jacob was very concerned for his sons safety, after he had discovered that they were grazing their flocks near the place that was known as Shechem. 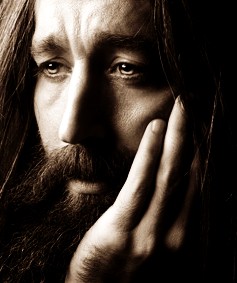 However that may have been, with the help of a stranger, Joseph would eventually locate his brothers.

But when his brothers had seen Joseph approaching from afar, they'd decided amongst themselves, that they would kill him:

"Here comes that dreamer. Come now, let's kill him and throw him into one of these cisterns (dirt pit)...

and say that a ferocious animal had devoured him. Then we'll see what comes of his dreams." -- Genesis 37:19,20

But fortunately for Joseph -- Reuben (the oldest of them all) would suggest, that instead of killing him, why not throw him into the dirt pit that was located nearby. Know that Reuben had suggested this, with the hopes of coming back later after his brothers had left, and freeing Joseph in order to bring him back home. But Reuben would make the mistake of leaving the camp ahead of his brothers. For when he had returned, his brothers had already sold Joseph to a caravan of merchants that were passing by.

Needless-to-say, after Reuben had returned to the camp in order to rescue his brother, and he'd saw that Joseph was no longer there, he became extremely upset: "When Reuben returned to the cistern and saw that Joseph was not there, he tore his clothes. He went back to his brothers and said, 'The boy isn't there! Where can I turn now?'" -- Genesis 37:29,30


Why Reuben Did This?

Now personally I hold the viewpoint, that the reason why Reuben was so upset, when it came to what had happened to Joseph -- dealt with the possibility, that he'd wanted to use this event, in order to try to regain a favorable position between him and his father Jacob. For we must remember, that Reuben had lost his birthright and what little favor that he had with his father, after he'd slept with his stepmother, Bilhah.

And this is also why, when he went and sought out his brothers as they were making their way back home. He'd angrily confronted them, by saying: "The boy isn't there! Where can I turn now?" Plus on top of that, Reuben knew that with him being the oldest, Jacob would be looking at him to provide the much needed answers, when it came to Joseph and why he wasn't with them and demand that Reuben tell him about Joseph's whereabouts.


The Sons of Jacob -- Their Plan of Deceit?

But leave it to his brothers, for they had a plan on how to deceive their father. Also know that it involved the richly ornamented robe, that Jacob had given to his son Joseph. As for the plan, it included that they were to take one of the goats from their herd and slaughter it. Next, they would take Joseph's robe and dip it in the goat's blood, making it to look like Joseph had been killed by some kind of rapacious animal, or predator.

Next it's unclear (depending on your Bible translation) for either they had paid a messenger to take the ornamented robe (a.k.a - the coat of many colors) back to their father -- or they themselves, had taken the robe back. For me personally, it doesn't matter how the robe made it back to Jacob. What's important, is the fact that the robe did make it make to Jacob in some type of fashion. And upon doing so, Jacob's sons said to him: "We found this. Examine it to see whether it is your son's robe."

Now after seeing the robe, Jacob would speak these words: "It is my son's robe! Some ferocious animal has devoured him. Joseph has surely been torn to pieces." Know that Jacob was now distraught, and as he had cried out, he'd tore his clothes. And soon after, Jacob would put on sackcloth (which was a coarse thick garment, that's used for mourning or penitence) and he'd mourned for his son Joseph for several days.

Know that this depressing behavior, would lead to all of Jacob's sons and daughters (which included Dinah, daughter-in-laws and their daughters) to come, and try to comfort him. But to no avail, nothing positive would come from their efforts, as they tried to console their father: "In mourning will I go down to the grave to my son?" Jacob would say, as he wept for Joseph.

Now one could imagine, for when it came to Jacob, the thoughts that were going through his head, and the pain that was rippling through his heart? For he sends his favorite, and most responsible son Joseph, out to see about the safety of his brothers. And in return, Joseph is betrayed, by the very ones he was sent to look after. And then on top of this, Jacob is led to believe --that the very son that he'd loved the most, had been killed. And now he fears, that Joseph has been lost forever.

And actually, one could not blame Jacob, if he had started to second guess his actions when it came to his sons -- most importantly, thinking that he should have kept Joseph home that day. But unfortunately for him (and Joseph) that didn't happen, and now Jacob finds himself falling into a terrible emotional state. For he would now find himself, in a position of having something that he held dear to his heart -- once again, ripped away, perhaps this time for good, for the second time in his life.

First it was Joseph's mother Rachel, the woman whom he'd loved with all his heart, and that he would work 14 unfair years for. The woman whom he would watch sympathetically throughout the years, as she would beg God for a child, that she could call her own. And of course, God would eventually answer her prayers, for she would have Joseph to call her own. And again, the Lord would smile on her to have a second child, but this time around, Rachel would eventually die during the birth of this child, that would eventually be named Benjamin. For he would be Jacob's youngest son, from out of the twelve boys.

Now in a previous article, I'd pointed out, how I believed that the closeness and bond, that had happened between Jacob and his son Joseph -- had grew stronger throughout the years, because of Rachel's death. For when it came to Jacob, know that Joseph was a piece of Rachel's memory, for he was someone that he was able to hold on to, and touch, and be proud of -- as the child that Rachel had longed for, grew into something that was very special.

Now that piece (which was Joseph) is no longer there in Jacob's life... and so therefore, he must now deal with the pendulum effect of once having a great affection for someone, to now having to endure a great emotional affliction because they've been ripped from his life. And you know? that's the experiences that life brings to us sometimes, just as the giant sway of the pendulum goes from one direction to the opposite, from immeasurable love to unmeasurable grief.

I personally find it extremely hard to try to encourage someone to battle these types of emotions, and often times, these are the type of experiences that leads them to question God's love for them (and for others). Sometimes we have to step back, while we let a person be, and hope and pray that their heart won't be harden by their current ordeal. For we must believe, that God will lead them safely through their emotional storm that they now find themselves battling.


And One Last Thing?

But I will state one more thing, before I end this article? For I will never doubt the love that God has for us. No matter what! The mere fact, that He has allowed us to live in his wonderful creation as representatives of Him (for we were made in His image and likeness) is a claim no other creature can make.

It doesn't matter if it's for one quick moment (dying an early death), or if we live for 100 years. The fact, that we were allowed to experience life in such a way, joy is constantly being brought to my heart and mind. Oh, what a honor of having such a privilege to be God's ambassador from within His awesome creation. For us to be able to hold this privileged position that's been granted to us, through the eternal covenant that was made possible through the blood of Jesus (Yeshua) Christ, are invaluable benefits -- to say the least.

Now as we move forward, know that the Sacred Record takes us for a moment, away from Joseph's account, in order to touch on something Judah (Jacob's fourth born son) did. Now this is important information to know -- so we'll visit this account briefly (maybe two articles) and then head back over to the Sacred Account of Joseph.