Who Was He? And Why Did He Approve of Jehu's Rebellious Actions?

"Go and say to the people in Judah and Jerusalem: ‘Come and learn a lesson about how to obey Me. The Recabites do not drink wine, because their ancestor Jehonadab told them not to. But I have spoken to you again and again, and still, you refuse to listen or obey."

In the last article, we'd learned that after Jehu had continued on his warpath, when it came to the house of Ahab. The Sacred Record reveals that he begins to head out towards Samaria. But while he was on his way, he would stop off at a place that was located from within the Northern Kingdom of Israel. A place that was known as the Beth-eked of the Shepherds. Now remember, this place was a shearing house that was very popular from amongst the local shepherds. However, it would be at this shearing house, on this particular day, Jehu would run into a group of 42 people that had also decided to stop off. 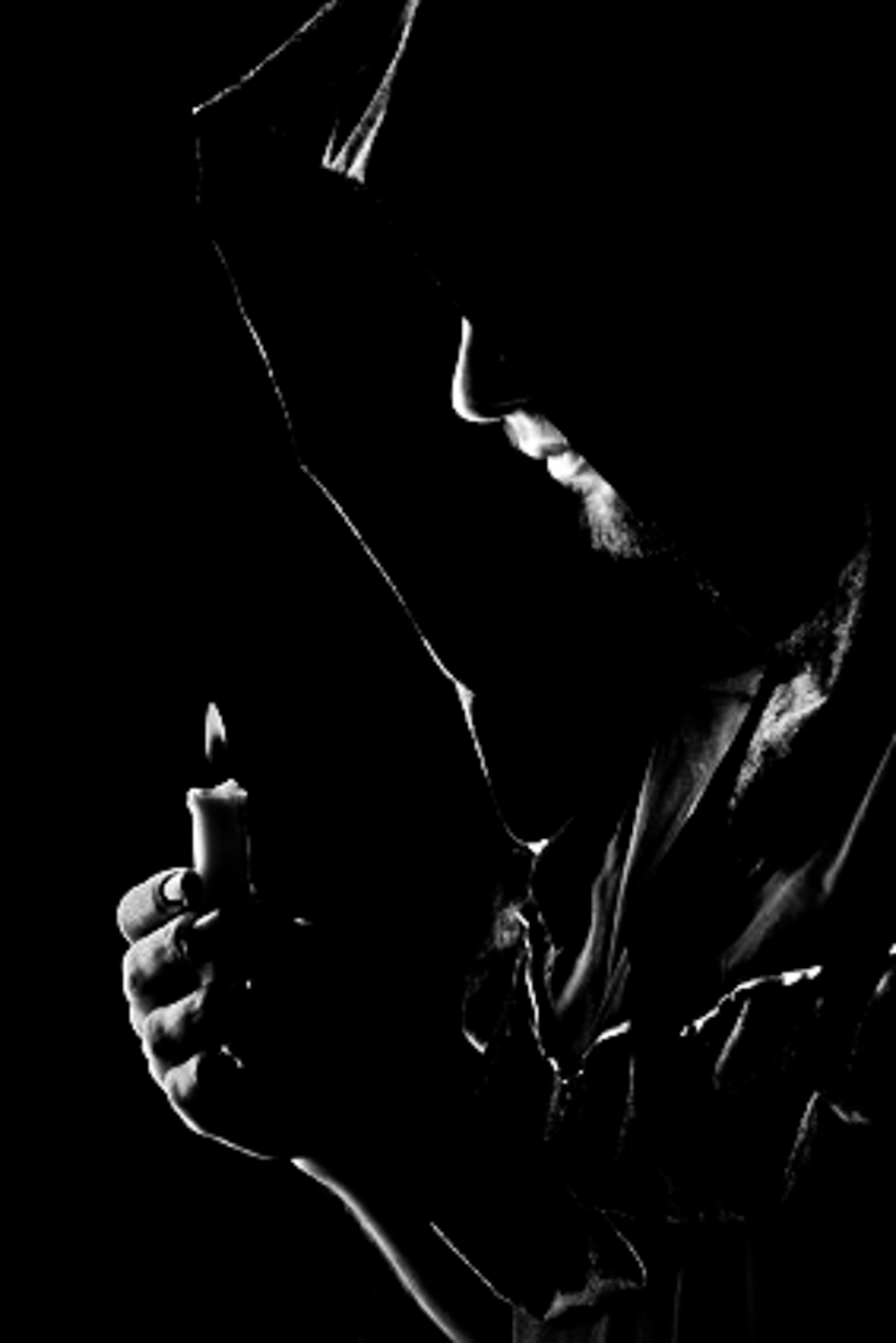 
Now after Jehu had noticed them, he approached. And when he had came before them, he asked them what house they belonged to: "Who are you?"

Now after hearing this, the group replied: "We are relatives of Ahaziah, and we have come down to greet the families of the king and of the queen mother."

And like I had pointed out in the last article, apparently they had no idea on what's been going on throughout the countryside, when it came to the Northern Kingdom of Israel and Jehu's rebellion.

And it's for this reason, they will very quickly find themselves in an very unfortunate situation, for we now find Jehu ordering his men:

"Seize them! But take them alive!" However, in spite of Jehu's slight hesitation, their lives would still end quickly. For it would be on that day, right there, at the well of Beth-eked, 42 descendants that had belonged to Ahab's house, fatally fell.

Now remember that Ahaziah was not only the son of Jehoram the Judean king, but he was also the son of Athaliah. For you see, Athaliah was the daughter of Ahab, therefore making all those who were apart of Ahaziah's house, also a part of Ahab's house. Nonetheless we must move forward...

Now after Jehu had decided to be on his way again, for we must remember, he was already on his way to Samaria, before he had stopped off at the shearing house of the Beth-eked of the Shepherds. Nevertheless, it would be at this point from within Jehu's journey, where he would come across the path of a very devout nomad that had went by the name of Jehonadab:

"When Jehu left there, he met Jehonadab son of Recab, who was coming to meet him. After they had greeted each other, Jehu said to him: 'Are you as loyal to me, as I am to you?' After hearing this, Jehonadab replied: 'Yes, I am,' Then Jehu said to him: 'Well if you are, then give me your hand.' So Jehonadab put out his hand, and Jehu helped him into the chariot." -- 2 Kings 10:15

Now when it comes to who Jehonadab truly was, or what he represented to Israel, one would have to look at his ancestral history. So before we go further when it comes to Jehu and Jehonadab's encounter. Let's see if we can get a better understanding of who this nomad was.

Jehonadab : Where Did He Come From?

Know that Jehonadab was a descendant that had basically came from two tribes. One of those tribes would be the Midianites, and the second would be the Kenites. First let's start with the Midianites. Now when it comes to this tribe, know that their history with Israel overall, had been been very contentious. However, in spite of this, there was a time when their relationship was rather friendly.

Now the friendship between the two tribes, was largely due to the close relationship that Moses had with the house of Jethro. Now remember, Jethro at the time, was both the priest and prince of Midian. And the relationship that Moses had developed with Jethro's household, happened when Moses had fled Egypt, after he had killed an Egyptian taskmaster. Now it would be at that time, Moses would end up spending the next forty years of his life in the land of Midian.

And actually, Moses would become so close to Jethro's household, he would eventually end up marrying Jethro's daughter Zipporah. Now keep in mind, all of this had happened, before God had used a burning bush that Moses had came across on Mt. Sinai. Remember that this was the burning bush that God used to reveal and confirm the ministerial calling that was on this exiled prince's life. Nevertheless, when it comes to the Midianite and the friendly relationship they had  for a time with Israel, this wouldn't take place, until after Israel had their exodus from the Egyptian nation. Here's one example of how the two tribes had worked together:

"One day Moses said to his brother–in–law, Hobab son of Reuel (also known as Jethro) the Midianite: 'We are on our way to the Promised Land. Come with us and we will treat you well, for the Lord has given wonderful promises to Israel!' But Hobab replied: 'No, I will not go. I must return to my own land and family.' And after hearing this, Moses Pleaded: 'Please don’t leave us! You know the places in the wilderness where we should camp. Come, be our guide, and we will share with you all the good things that the Lord does for us.'" -- Numbers 10:29-32

Now when it comes to the tribe of the Kenites, know that their association comes in play, when the Sacred Record points out that Moses' father-in-law was also a Kenite: "The descendants of Moses’ father-in-law, the Kenite, went up from the City of Palms with the men of Judah to live among the people of the Desert of Judah in the Negev near Arad." -- Judges 1:16

Nevertheless, when it comes to Jehonadab, I'd like to think that this little bit of information, provides some very valuable insight, for it shows just how closely associated the Midianites and the Kenites were. And personally, like I stated earlier, I think this is important to know, since the relationship between Israel and the Midianites over time, had grown to be very contentious.

But when it came to Israel's relationship with the Kenites, know that overall, it was very good. As a matter of fact, Saul the Israel king would reveal just how respectful and appreciative Israel were to the Kenites when he was about to wage war against the Amalekites:

"Then Saul said to the Kenites: 'Go away, leave the Amalekites, so that I don't destroy you along with them; for you showed kindness to Israel when they came up out of Egypt.' So the Kenites moved away from the Amalekites." -- 1 Samuel 15:6

Now I also want to point out, the Kenites were known to be a traveling Arabian nomad tribe that was made up of specialized workers that were known as smiths. So basically, what this mean, is that the Kenites had acquired a specific set of skills, when it came to being blacksmiths or sliversmiths. Now I also would like to point out, it would be the Kenites that the Rechabite tribe had belonged to. Now the reason why I'm mentioning this, Jehonadab would eventually become the founder of the Rechabite tribe.

Also know, the Rechabites were very devout, when it came to their moral and spiritual beliefs. As a matter of fact, no matter what, they were true to who they were, while they'd stayed being devoted to serving the Most High God. And to make their devotion even more impressive, they did all of this, even though they weren't going to be recipients of the divine promise that God had spoken to Abraham; for this was also the same covenant that the Lord had bestowed upon the Israel nation.

But in spite of this, it had been revealed that Jehovah was so moved by their dedication, the Sacred Scripture records a moment, where the Lord would use, as He spoke through His prophet, Jeremiah, in order to make a point to a very disobedient Israel:

"Then the Lord gave this message to Jeremiah: 'The Lord Almighty, the God of Israel, says: "Go and say to the people in Judah and Jerusalem: ‘Come and learn a lesson about how to obey Me. The Recabites do not drink wine, because their ancestor Jehonadab told them not to. But I have spoken to you again and again, and still, you refuse to listen or obey. I've also sent you prophet, after prophet; in order to tell you, to turn from your wicked ways, and to stop worshiping other gods; I did this, so that you might live in peace here, when it comes to the land that I gave to you, and to your ancestors. And yet, you still wouldn't listen to Me, or obey. The families of Recab have obeyed their ancestor completely, but you have refused to listen to Me.'"'" -- Jeremiah 35:12-17

So we've just briefly explored how Jehonadab came to be, and why he would be excited to hear about Jehu and the destruction of Ahab's house, and all that it stood for. But in the next article, Jehonadab sets out to meet up with Jehu while he was en route to the city of Samaria. We'll take a closer look, at how that went down. We'll also see just how much further the wrath of Jehu would continue to stretch. For we've just seen Jehu bring about the demise of two kings, Jehoram and Ahaziah; a very powerful queen mother, Jezebel; the demise of Ahab's royal grandchildren, and 42 of Ahaziah's close relatives. But will the new king of Israel stop there? Or will he continue on his bloody warpath, seeking out and destroying all who still belonged, to the wicked house of Ahab?