"Gad, a troop shall tramp upon him, but he shall triumph at last" -- "Bread from Asher shall be rich, and he shall yield royal dainties" -- "Naphtali is a deer let loose; He uses beautiful words."


In the last article I'd pointed out, how the recorded fulfilling of prophecies, that are found throughout the Sacred Record -- helps to lend credence to the "divine authority claim" that's constantly being trumpeted throughout its Sacred Covers. Nonetheless, we'd also had taken a look at prophecies that Jacob had spoken over his sons: Zebulun, Issachar and Dan.

Zebulun: "Zebulun shall dwell by the haven of the sea; He shall become a haven for ships, and his border shall adjoin Sidon [Zidon]." -- Genesis 49:13 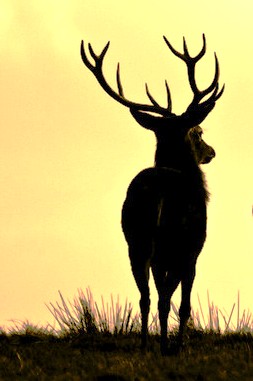 Issachar: "Issachar is a strong donkey, lying down between two burdens; he saw that rest was good, and that the land was pleasant; He bowed his shoulder to bear a burden, and became a band of slaves." -- Genesis 49:14,15

Dan: "Dan shall judge his people as one of the tribes of Israel. Dan shall be a serpent by the way, a viper by the path, that bites the horse's heels So that its rider shall fall backward." -- Genesis 49:16,17

However as we begin to move forward... we'll now turn our attention towards the prophecies that Jacob had spoken to his next group of sons: Gad, Asher and Naphtali.

Now I also want to point out at this time, that when it comes to these men, know that these are three, from out of the four sons, that were born unto the handmaidens Bilhah and Zilpah.

Now keep in mind, that these were the women that Jacob had married, simply for the task of child-bearing. Jacob's son Dan, would be the fourth -- but remember, we went over his prophecy in the last article. Nonetheless, it's time to move forward.


So let's begin, by taking a look at the prophecy that Jacob had spoken over his son Gad: "Gad, a troop shall tramp upon him, but he shall triumph at last." -- Genesis 49:19

First off, know that this prophecy is more in line with the meaning of Gad's name -- for his name simply means: a troop, or small army. Understand that Jacob's prophecy indicates, that the lot, or plot of land, that the tribe of Gad was in charge over; overtime, would have to endure many battles. Know that this was made to be, simply because of the location of the tribe's lot, or the region they'd would find themselves dwelling in. Being that their location had placed them towards the east of the River Jordan.

Now the reason why this location was problematic for the tribe of Gad, dealt with the fact, that they were placed right alongside the Ammonites (for they were the descendants of Lot), and the Moabites (who were also Lot's descendants) and the eastern Arabian tribes of Ishmael.

And because of this placement, the tribe of Gad were subjected to many incursions, and skirmishes that had taken place against the Ammonites, Moabites and Ishmaelites -- in which, the tribe of Gad had suffered many defeats. Understand that these defeats were caused by the Gadites low self-esteem, when it came to who they really were; and overtime, their lost of confidence, when it came to their fighting skills, and abilities.


In Spite Of Their - Low Self-Esteem?


Nonetheless, when it came to these continuous battles that the tribe of Gad had to endure -- know that they would eventually prove, to be perhaps, a little too much for them to bear at times. Being that history tells us, that they had been overtaken by their oppressors on so many occasions. But in spite of this, know that the tribe of Gad would never give up -- for they continued to fight.

For I want you to know, that they had fought so much, that they would eventually earn themselves a great reputation, even though they had a history of suffering great loses:

"Some Gadites joined David at the stronghold in the wilderness, mighty men of valor, men trained for battle, who could handle shield and spear, whose faces were like the faces of lions, and were as swift as gazelles on the mountains." -- 1 Chronicles 12:8


However, that wouldn't be the end of Jacob's prophecy, for he'd also spoke about, how the tribe of Gad would eventually be triumphal: "...but he [Gad] shall triumph at last" Know that this part of Jacob's prophecy would be fulfilled during the days of Saul and David:

"The sons of Reuben, the Gadites, and half the tribe of Manasseh had forty-four thousand seven hundred and sixty valiant men, men able to bear shield and sword, to shoot with the bow, and skillful in war, who went to war. They made war with the Hagrites [descendant of Hagar], Jetur [Ishmaelites], Naphish [Ishmaelites], and Nodab [Ishmaelites]. And they were helped against them, and the Hagrites [descendant of Hagar] were delivered into their hand, and all who were with them, for they cried out to God in the battle.


Nonetheless, we now move forward by taking a look at the prophecy that Jacob had spoken over his son Asher: "Bread from Asher shall be rich, and he shall yield royal dainties" -- Genesis 49:20

Know that when it comes to the tribe of Asher -- understand, that Jacob's prophecy talks about how rich their land shall be. And make no mistake, history tells us, that their land was found to be very bountiful. For they were one of two tribes (the other being Simeon's) that was located to the west of the Jordan. Now this matters, being that this region was one of the richest plots of land, that could be found from within Palestine.

I want you to know, that not only did their land produce oils for ointments, but the land that Asher controlled, also produced delicious and dainty fruits, which were fit (as some would say) for a king. Also why I'm here, I might as well point out on a side note -- that Anna the prophetess had also came from this tribe:

"Then Simeon blessed them, and said to Mary [Christ's] mother, 'Behold, this Child [Jesus] is destined for the fall and rising of many in Israel, and for a sign which will be spoken against (yes, a sword will pierce through your own soul also), that the thoughts of many hearts may be revealed.' Now there was one, Anna, a prophetess, the daughter of Phanuel, of the tribe of Asher.

"She was of a great age, and had lived with a husband seven years from her virginity; and this woman was a widow of about eighty–four years, who did not depart from the temple, but served God with fastings and prayers night and day. And coming in that instant she gave thanks to the Lord, and spoke of Him to all those who looked for redemption in Jerusalem." -- Luke 2:34-38


Nonetheless, we move forward... and it's at this time, we find Jacob speaking a prophecy over his son Naphtali: "Naphtali is a deer let loose; He uses beautiful words." -- Genesis 49:21

Understand that the tribe of Naphtali, had occupied the eastern side of the Galilee -- which is a place that is also known as "Lower Galilee." And even though their name signifies: wrestling -- know that a majority of the time, they seemed to operate completely opposite of that meaning. For the tribe of Naphtali, would be known as a people, who were very kind and generous, not only amongst themselves, but towards other tribes as well.

For they were a tribe of people, who spoke with beautiful words, and engaged in endearing conversations. They were also free minded folks, who were not found to be confined to narrow mindsets and visions. They were quick, nimble and elusive when it came to their dealings and encounters. Perhaps, these are the "deer like traits" that Jacob's prophecy had made a reference to?

However, there was no doubt, that Naphtali would indeed become a magnificent tree that had brought forth excellent fruit for the nation of Israel.

Okay, finally... we're now closer to closing out the the record that deals with the prophecies that Jacob had spoken over his sons. And with that being stated, in the next article, we'll take a closer look at the prophecy that was foretold about Jacob's beloved son -- Joseph.