So Joseph kept his promise to his father and went up to Canaan to bury his father; and with him went up all the servants of Pharaoh, the chief officers and governors of his house, and all the elders of the land of Egypt, as well as all the house of Joseph, his brothers, and his father's house


In the last article we'd learned that Jacob had made (or perhaps demanded) a special request to his sons, when it came to where he wanted to be buried at: 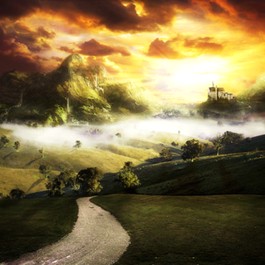 And it was from within that last article, that I'd pointed out, how important this request was to Jacob.

I'd also noted, that if we were to jump ahead to the time where Joseph actually takes his father's body back to Canaan; I pointed out, that another prophecy will become fulfilled:

"So He said, 'I am God, the God of your father; do not fear to go down to Egypt, for I will make of you a great nation there.

"I will go down with you to Egypt, and I will also surely bring you up again; and Joseph will put his hand on your eyes.'" -- Genesis 46:4

However that may have been, let's begin to move forward... For we now find, that after Jacob had breathed his last breath, as Joseph grieved, he fell upon his father's face. After he had done this, Joseph wept as he'd kissed his father. There was no doubt, that Joseph loved his father with all of his heart.


Nonetheless, after Joseph had gathered himself, he ordered the Egyptian physicians to embalm his father's body. Understand, that embalming was an Egyptian custom, which was later adopted by the Jews. For example, to back this statement; I want you to take notice of this particular Scripture, when it comes to the death and burial, of Asa the Judean King:

"So Asa rested with his fathers; he died in the forty-first year of his reign. They buried him in his own tomb, which he had made for himself in the City of David; and they laid him in the bed which was filled with spices and various ingredients prepared in a mixture of ointments." -- 2 Chronicles 16:13,14

Note: desiccant is a drying agent that consists of both baking soda, and a sodium carbonate that was known as natron. Now I also want to bring to your attention, that the Egyptians were able to get their natron, from the Natron Valley Salt Lakes.


Now although Joseph was staying in line with the Egyptian customs, know that when it came to the embalming process -- understand that this Egyptian custom, would benefit Joseph in other ways as well, since he had to take his father's body back to Canaan. For I want you to know, that going back to Canaan, would end up being quite a journey; and the embalming process, would preserve Jacob's body in such a way, that it would be able to hold up well, as it decays.

I also want to point out, that this embalming process would end up lasting for forty days. And it would be during these forty days, that Jacob's household, and the Egyptians, would use this as a time of mourning: "Forty days were required for him, for such are the days required for those who are embalmed; and the Egyptians mourned for him seventy days." -- Genesis 50:3

Now I also want you to notice, how the Scared Record states, that the Egyptians had mourned for Jacob for seventy days. Now personally, I find this to be very interesting; for we must keep in mind, that this is about the same amount of time, that the Egyptians would mourn for one of their own kings, when they'd passed, which lasted for seventy-two days. Now by the Egyptians doing this for a person, who wasn't of their own blood; know that this goes to show, just how well respected Jacob truly was, even amongst foreigners.


Joseph: I Need To Take My Father Home?


However this may have been... know that after this period had passed, Joseph would eventually approach the house of Pharaoh. And when he had came before the Egyptian ruler, he spoke these words:

"If now I have found favor in your eyes, please speak in the hearing of Pharaoh, saying, my father made me swear, saying, 'Behold, I am dying; in my grave which I dug for myself in the land of Canaan, there you shall bury me.' Now therefore, please let me go up and bury my father, and I will come back." After hearing Joseph's request, Pharaoh replied: "Go up and bury your father, as he made you swear." -- Genesis 50:4-6

Now I'd like to think, that when it came to Pharaoh's response, it shows that the Egyptian Ruler had no intentions of trying to keep Joseph, from carrying out the vow that he had made to his father. And by Pharaoh allowing Joseph to carry out his promise, the prophecy that God had foretold to Jacob before he went down in Egypt, would be close to being fulfilled: "I will go down with you to Egypt, and I will also surely bring you up again; and Joseph will put his hand on your eyes." -- Genesis 46:4

Nonetheless, Joseph keeps his promise to his father, by going up to Canaan to bury his father's body. But know that Joseph wouldn't go along, for with him went, all the servants of Pharaoh, and all the chief officers and governors of his house; we also find, that all the elders of the land of Egypt, along with the house of Joseph, and his brothers, along with his father's house. But I also want to point out, that their little ones, along with their flocks and herds, they left in the land of Goshen. And there went up with him, both chariots and horsemen, and the Sacred Record points out, that it was a very great gathering.


A Ceremony of Mourning -- Abel-Mizraim?


However as we move forward... know that they eventually came to the threshing floor. Know that the "threshing floor" is basically an outside surface area, that has been made flat. And it's from within this area, that the farmers of the village or town, would separate the grain from their harvested plants.

Understand that this "threshing floor" -- was at a place that was know as Atad. Note: The name Atad, signifies thorns. Now I'm not sure if this place was named after the owner of the property, or what. However, this little detail is not as important, as to knowing, that this place was located beyond the River Jordan. Which basically means, that Joseph and his company were officially back in the Promise Land.

And it's at this point from within the Sacred Record, that we learn, that the group of solemn gatherers had continued their mourning at this place that was known as Atad. And this is where this ceremony of mourning, would end up taking place, for another seven days. Keep in mind, that this event was so great, that even the Canaanites had begun to take notice:


Israel the Prince of God?


Now I've stated many times before, that Jacob was indeed, a great man. And this is why I hold true to the notion, that this was the main reason, that he'd received a funeral, that seemed to be fit for a king. And honestly, why not? I mean after all, he was also known as, Israel the Prince of God:

"So his sons did for him just as he had commanded them. For his sons carried him to the land of Canaan, and buried him in the cave of the field of Machpelah [Tomb of the Patriarchs], before Mamre, which Abraham bought with the field from Ephron the Hittite as property for a burial place" -- Genesis 50:12,13

Nonetheless, as we move forward, know that Joseph and his group had returned back to Egypt. But it would be during this time, that some concerns would arise amongst his brothers. For with the death of their father, know that a certain fear has now fallen upon them. In the next article, we'll find out what this fear may be. Now I wonder: Does this "fear" have anything to do with Joseph?