Why Were They So Worried?

Know that when it comes to the guilty conscious, that Joseph's brothers were still harboring from within themselves -- understand that their worries, have now reawaken their inner fears, in regards to their brother Joseph.


In the article we'd learned that Joseph (thanks to Pharaoh) was able to keep his word, when it came to burying his fathers body, back in the land of Canaan: "If now I have found favor in your eyes, please speak in the hearing of Pharaoh, saying, my father made me swear, saying, 'Behold, I am dying; in my grave which I dug for myself in the land of Canaan, there you shall bury me.' Now therefore, please let me go up and bury my father, and I will come back." After hearing Joseph's request, Pharaoh replied: "Go up and bury your father, as he made you swear." -- Genesis 50:4-6 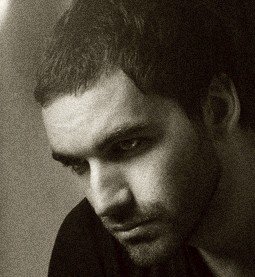 And from within that article, I'd also pointed out, that Jacob's funeral was so great, that even the Canaanites had begun to take notice. Even though they'd originally believed, that this Egyptian funeral, was being held for one of their own:

"And when the inhabitants of the land, the Canaanites, saw the mourning at the threshing floor of Atad, they said, 'This is a deep mourning of the Egyptians.'

"Therefore its name was called Abel-mizraim [the mourning of the Egyptians], which is beyond the Jordan." -- Genesis 50:11

Nonetheless, we now begin to move a little bit further... for we now find ourselves reaching a point within the Sacred Scripture, where we now find, that after Jacob's family (along with the Egyptians who had participated in his ceremony) had buried him. Joseph and everyone who had went with him, began their journey to return back to Egypt. And as they'd journeyed back, Joseph's brothers, had started to worry. For they were greatly concerned, when it came to how they had wronged their brother, back when he was seventeen years of age.

And as they continued to ponder on what had happened in the past, a fear had came over them. For they were they now worried, that since their father had now passed, Joseph might decide to take revenge against them: "When Joseph's brothers saw that their father was dead, they said, 'Perhaps Joseph will hate us, and may actually repay us for all the evil which we did to him.'" -- Genesis 50:15


Joseph's Brothers: We Need To Do Something.


Now first off, notice how this particular Scripture starts off: "When Joseph's brothers saw that their father was dead, they said, 'Perhaps Joseph will hate us, and may actually repay us for all the evil which we did to him.'"

Now by the way the passage reads, the Sacred Record makes it clear, that Joseph's brothers had came to the conclusion, that they needed to do something, when it came to reassuring their safety. Being that they have truly convinced themselves, that since their father had now passed -- Joseph would now, used to this moment to seek vengeance against them.

However, when it comes to what happened next, I tend to have a different viewpoint, from what most would teach and preach. First off, let's take a look at what the Sacred Record reveals:

Understand that the disagreement comes, when one is trying to decide, if Joseph's brothers were lying to him (or not), when it came to what their father had said, when it came to their betrayal against Joseph, back when he was 17 years of age. Now personally, I like to think, that they were lying in order to try and win Joseph's sympathy -- even though most would lean the other way, by teaching the viewpoint, that they were telling the truth.


Were They Lying? -- Does It Really Matter?


However, in my opinion, it doesn't really matter at this point if they were lying or not. For if Joseph's brothers were lying, know that they did it, in order to save them against the possibility, of Joseph seeking vengeance against them, now that their father had passed... nothing more than that. Now, does it make it right, if they were lying? Of course not.

Understand that I'm only mentioning it, because the thought could easily come across one's mind, while they were studying this particular part of Joseph's record. And actually, if this were to be preached, I for one... wouldn't concentrate on the possible lie by his brothers. But of course, one should always go, as they believe the Spirit is leading them.


Nonetheless, as we continue forth... know that when it comes to the guilty conscious, that Joseph's brothers were still harboring from within themselves -- understand that their worries, have now reawaken their inner fears, in regards to their brother Joseph. And apparently, Joseph's brothers had not yet forgiven themselves, when it came to the wrongdoing, that they had brought against their brother, back when he was 17 years of age.

But fortunately for them, Joseph shows that he truly has forgiven them, and that he has indeed, moved forward. Take note of what Joseph had to say, after his brothers had traveled from the region of Goshen, to meet with him in the Egyptian palace:

"Then his brothers also went and fell down before his face, and they said, 'Behold, we are your servants.' Joseph said to them, 'Do not be afraid, for am I in the place of God? But as for you, you meant evil against me; but God meant it for good, in order to bring it about as it is this day, to save many people alive. Now therefore, do not be afraid; I will provide for you and your little ones.' And he comforted them and spoke kindly to them." -- Genesis 50:18-21


At This Point In Joseph's Life -- He Knows Who He Is?


Now I'd like to think, that this Scripture is a great example, of how people with worldly minds would think -- when compared to people, who try their best, to follow the ways of the Lord. For here we have Joseph's brothers, who knows, that Joseph has every right to seek vengeance against them, (according to the world standards) in regards to their betrayal against him back when he was 17.

But fortunately for them, what we find instead, is that Joseph would rather be obedient to the Lord, by following the ways of the Almighty -- instead of following the ways of the world. I mean after all, look at where God had eventually placed Joseph after his unfortunate ordeal with his brothers -- being that he's now, the second most powerful man in Egypt. And the Lord has given him this favor, from within a country, that he was once a prisoner of.

And make no mistake, the Lord's favor came about -- because no matter what, Joseph remained obedient by not compromising his stance and beliefs, by trying to look for, what would seem, to be an easier way out. He didn't do, what a vast majority of us are most likely to do, in today's go along, in order to get along world.


You Gain Nothing By Compromising Your Position With God?


And again, no matter what, Joseph didn't compromise his position with God. And although Joseph had suffered mightily for a season from within his life, know  that God rewarded him for staying the course, and by staying true to his beliefs. For we must not make the mistake of thinking, that there's something else out there, that can beat God giving. For I also hold true to the notion, that no one can beat God, when it comes to dishing out punishments and judgments. Know that Joseph understood this, and so therefore, he'd carried himself, in a way that was always pleasing to God's eyes.

And this is why he reassures his brothers, that no harm would come against them (at least from his end) for their past actions: "Do not be afraid, for am I in the place of God? But as for you, you meant evil against me; but God meant it for good, in order to bring it about as it is this day, to save many people alive. Now therefore, do not be afraid; I will provide for you and your little ones.' And he comforted them and spoke kindly to them." -- Genesis 50:19-21

In the next article, we learn, that as time passed, Joseph is now nearing his last moments from within this natural world. I wonder: Will he follow in his father's footsteps, and offer up some last minute instructions for his family to follow as well? And what about his burial? Will there be any special requests in this area too? And what about prophecies, or expectations -- will there be any?