We have now reached the final moment, in which, Jacob had taken his last breath, as he freely resigned his spirit over to the Lord. Now as I journeyed through Jacob's record, I must say, I truly enjoyed it, for now I know, that Jacob was indeed, a great man of God.

In the last article we'd took a closer look at the prophecy that Jacob had spoken upon his youngest son Benjamin: "Benjamin is a ravenous wolf; in the morning he shall devour the prey, and at night he shall divide the spoil." -- Genesis 49:27

And it was also from within this article that I'd pointed out, how some Bible scholars looked at this particular as being strange in some sort of way. Being that for some (when it came to Jacob comparing Benjamin to a ravenous wolf) seemed a little far fetched. 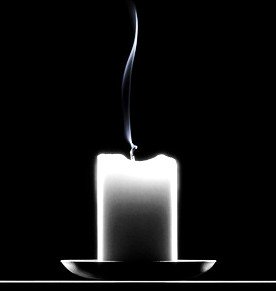 And it's for this reason, from within that same article, I had taken the time to list some examples, when it came to seeing how Benjamin would fulfill this ravenous wolf prophecy.

However that may have been, it's time for us to move forward, when it comes to our journey.

For we now find, that Jacob had finished prophesying over his sons: "All these are the twelve tribes of Israel, and this is
what their father spoke to them. And he blessed them; he
blessed each one according to his own blessing." -- Genesis 48:28


Jacob's Final Instructions to His Sons?


Now I want you to know, that basically these instructions include more detail, on where Jacob wanted to be buried, and why it mattered. For we now find him explaining to his sons, how their great grandfather Abraham, had purchased a plot of land specifically for these reasons. And Jacob simply wanted his sons to keep the tradition of their forefathers intact.

For Jacob knew, that his sons would be in Egypt for a long time; and because of this, it's quite possible, that they could forget about Canaan in such a way -- that these instructions would be a reminder, when it came to the exact burial location that Jacob had insisted on being at. Needless-to-say, this issue was very important to Jacob.

Now I also want to point out, that there wasn't anything from within the Abrahamic Covenant, that had made it a requirement, that they were to be buried from within the land of Canaan. But however, if we were to somewhat jump ahead, to where we would end up, reading about how Joseph honored his father's wishes by taking his father's body back to the land of Canaan, in order for it to be buried.

I just want to quickly point out, that once this had happened, another prophecy would end up being fulfilled: "So He said, 'I am God, the God of your father; do not fear to go down to Egypt, for I will make of you a great nation there. I will go down with you to Egypt, and I will also surely bring you up again; and Joseph will put his hand on your eyes.'" -- Genesis 46:4


Jacob Passes Away -- The Misunderstanding Behind Him?


However that may have been, we now move forward. And it's at this time, that we find the Sacred Record informing us: "The field and the cave that is there, were purchased from the sons of Heth. And when Jacob had finished commanding his sons, he drew his feet up into the bed and breathed his last, and was gathered to his people." -- Genesis 49:32,33

We have now reached the final moment, in which, Jacob had taken his last breath, as he freely resigned his spirit over to the Lord. Now as I journeyed through Jacob's record, I must say, I truly enjoyed it, for now I know, that Jacob was indeed, a great man of God.

And this is why it saddens me, when I hear how people teach more on the negative things about this great man, than the positive. It's as if, they forget, that God was actually pleased with him, and because of this favor he had with the Almighty, the Lord eventually changed his name to "Israel" which signified "a prince with God."

And of course Jacob had made mistakes, but I feel, that his heart was always filled with love and concern, when it came to the things that he had did, throughout his life -- and not with malice, or deceit, as most would like to point out. For he was a loyal, and hard-working family man, that turned out to be a strong leader for his household, and a great steward of the Abrahamic Covenant.


Jacob Stayed With God -- No Matter What?


I want you to know, that once God had came into his life, Jacob never left, or turned away from Him. As a matter of fact, Jacob turned to God quite frequently -- so much so, he ended up wrestling with an angel one night. And he'd wrestled with this angel, all the way up to the time, that God answered his concerns. And honestly, one would have to admit, that a person would have had to been, in a very close relationship with God, in order to be in this type of engaging position to begin with.

And to be clear, I also want you to know, that I'm not excusing the mistakes that Jacob had done throughout his life, or trying to justify them, in some kind of way. I'm just acknowledging the fact, that from the very beginning, Jacob was definitely a work in progress, just like we all are. For I want you to know, that he was a compassionate person, who was in search for answers.

For this is why, I'm bringing this to your attention, for the same holds true for us, being that we are constantly seeking out answers, when it comes to our true purpose. I simply want to remind you, that Jacob was no different. You know I pray, that there's a season, to where the positive areas from within Jacob's life, are spoken and taught about more -- than the negative areas.

We have now entered into the final chapter of Genesis. In the next article will deal with how the family responds to the death of their father and if they do carry out their father's wishes, when it comes to his burial.