Now I find it very interesting, that some Bible scholars seem to find this prophecy strange in some kind of way? Perhaps they adopted such a skeptical viewpoint, because Benjamin was known as the small tribe, that had stayed under the protection of the Judean tribe, as they had fought alongside them in the battles, that the two had to endure.


In the last article we'd took a closer look at the prophecy that Jacob had spoken over his beloved son Joseph:

"Joseph is a fruitful bough, a fruitful bough by a well; who's branches run over the wall. For the archers have been found to bitterly grieved him, as they shot at him and hated him. But in spite of this, his bow remained in strength, and the arms of his hands were made strong, by the hands of the Mighty God of Jacob (From there is the Shepherd, the Stone of Israel) And by the God of your father who will help you, and by the Almighty who will bless you. 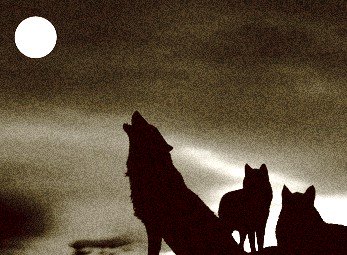 "For they shall be on the head of Joseph, and on the crown of the head of him, who was once separated from his brothers." -- Genesis 49:22-26

And it was from within this prophecy, that it was revealed how Jacob had compared Joseph to a tree that was not only fruitful; but a tree that would be young and strong; a tree, who branches were able to reach beyond walls. For when it came to these walls, know that they had represented a boundary, that could not contain the house of Joseph, and all that God had in store for them.

Also understand, that when it came to the branches that Jacob had mentioned, remember that I had pointed out, that these branches would represent his sons: Ephraim and Manasseh; along with the many tribes that would eventually come from them. Nonetheless, we have now reached a point from within this Sacred Record, where we now begin to explore Jacob's last prophecy, when it came to his youngest son Benjamin. For we find Jacob stating: "Benjamin is a ravenous wolf; in the morning he shall devour the prey, and at night he shall divide the spoil." -- Genesis 49:27


Now I find it very interesting, that some Bible scholars seem to find this prophecy strange in some kind of way? Perhaps they adopted such a skeptical viewpoint, because Benjamin was known as the small tribe, that had stayed under the protection of the Judean tribe, as they had fought alongside them in the battles, that the two had to endure.

For it was because of this situation, that the tribe of Benjamin was also known as the only tribe, that had stayed with the house of David, after the Israel nation had been split into two kingdoms. Remember, this had happened after God had ripped the other ten tribes away from the house of David (Judah) after the death of David's son Solomon.

Although all of this is true, I'd like to think, that they're many factors that have been overlooked, when it comes to Benjamin's tribe. First off, we must keep in mind, that the tribe of Benjamin wasn't always under the protection, and united with the tribe of Judah. For the tribe of Benjamin was indeed, a warlike tribe, that was found to be: mighty, courageous, fearless, as they had always faced and went against the toughest odds:

"And from their cities at that time, the children of Benjamin numbered who'd twenty-six thousand men. who'd drew the sword, beside the inhabitants of Gibeah; for they were a tribe who'd made up of seven hundred of their finest men. And among all these people, who again, were seven hundred select men, who were also found to be left-handed; for every one them, could sling a stone at a hair's breadth and not miss. Now besides Benjamin, the men of Israel numbered four hundred thousand men who drew the sword; all of these were men of war." -- Judges 20:15-17


And on top of these things, know that we need to keep in mind, that the tribe of Benjamin had also produced some great leaders as well. For one of those leaders, were found to be a war chief that was known as Ehud -- for he was the second of the fourteen judges, that had judged Israel, back during their judgement stage.

Know that this had taken place, after Eglon the king of Moab. For he was the king that had united with the Ammonites and the Amalekites, as they'd crossed the River Jordan with their armies. And after doing so, had besieged and taken over the great city of Jericho.

Eglon had subdued this great city, and ruled over them for eighteen years. And it was also during this time, that God had raised up Ehud the Benjamite. For he would be the one that God had used to deliver the Israelites from out of the hands of the wicked Moabite king.


However that may have been, know that the tribe of Benjamin, also produced Israel's first king,who was known as Saul. For he was the one who'd reigned over Israel, right after the days of the Israel judges. Know that Saul was the son of Kish. And although you may hear a lot, when it comes to how David was a great war general; know that Saul wasn't a lightweight, when it came to fighting as well. For it was he, along with his son Jonathan (who of course was a Benjamite himself) had raised an army that had fought against, and defeated the mighty Philistines in Geba.

Know that Saul and Jonathan would end up fighting these Philistines again, but this time around, it would be at a place that was known as "the passage of Michmash" -- for it would be at this place, that the Philistines would be defeated again by Saul and his army. Understand that both of these war events, were before David and the mighty Philistine warrior who had went by the name "Goliath of Gath" had come on the scene.

I also want to point out, that Saul's entire reign as king, would end up being a constant war campaign. For the Sacred Scriptures also records, that Saul had defeated the Amalekites at the sand region of Havilah.


Nonetheless, I also want to point out, that queen Esther and her cousin Mordecai, were also from the tribe of Benjamin as well. For it was Mordecai who had warned Esther, about the high ranking Persian official "Haman the Agagite." For it would be Haman who was plotting to have the Jews put to death throughout the Persian kingdom. However, after Esther had heard about Haman's plans, she used her royal position to turn the tables on Haman. And her efforts would prove to be successful, for the Sacred Record points out, that Haman ended up being hanged on the gallows; and so therefore, thanks to two Benjamites, the Jews were rescued from Haman's murderous plot.


And before we go further, I also want to point out, that the tribe of Benjamin also produced the Apostle Paul. For he was the one that was also known as Saul of Tarsus -- before his conversion to Christianity had taken place on the road to Damascus. For Paul's conversion happened while he was on his way to launch a campaign of persecution against the Christians; a persecution that was taking place in Damascus. And while Saul was on this road, he received a life changing visitation from Jesus (Yeshua) Christ.

Nonetheless, when it comes to his parents? Know that there's nothing that we really know about his mother. But when it comes to his father, we know that he belonged to a religious sect, that was known as the Pharisees. Now, although Saul's father was Jewish, he had somehow became a Roman citizen. And at the time, there was a few ways you could gain this privilege, without having to be of Roman blood. However he may have obtained his Roman citizenship, know that this privilege when it came to having it, was automatically passed on to Saul.


Jacob's Prophecy -- Not Strange -- But Right On The Money?


Now it's also believed, that Saul would eventually become a member of the Sanhedrin. And it would be at this time, that Saul would become a relentless persecutor of the Christians and the church. But not to long after his conversion, Saul of Tarsus would now become the apostle Paul. And it's from that moment, that Paul would become one of the greatest soul-winners that ever lived.

So understand, that when it comes to the tribe of Benjamin (and although they are known to be small in number) know that they weren't any lightweights when it came to fighting and leading. For they were known to be: mighty men of war, fearless and courageous... which pretty much sounds like the ravening wolves that they were foretold to be by Jacob.

Nonetheless, in the next article, we've have now come upon Jacob's last hour. For the Sacred Record reveals that Jacob knows that his time is near. So he gives his sons some final instructions, in regards to his burial plans. Know that in spite of his mistakes, Jacob turn out to be a great man; and we will finally close out his record, from within the next article.