"Who is this person that has now been elevated from the depths of the king's dungeons, to now sit in the king's palace as second-in-command and ruler over the land he was once a prisoner of?"


In the last article, we'd learned that Joseph was able to discern the troubling dreams that had bothered Pharaoh so. For he had revealed to Pharaoh -- that the dreams had basically laid out the next fourteen years of the Egyptian kingdom: 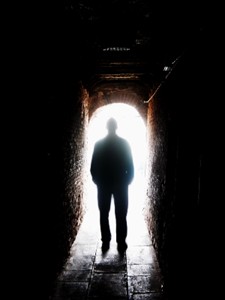 "The dreams of Pharaoh are one and the same. God has revealed to Pharaoh what he is about to do.

But immediately after the seven years of abundance, Joseph would reveal, that there would be a seven year famine:

"The seven lean, ugly cows that came up afterward are seven years, and so are the seven worthless heads of grain scorched by the east wind:


And after Joseph had revealed to Pharaoh what the dreams meant, we now find the Dream Interpreter following his interpretation up with some sound wisdom:

"And now let Pharaoh look for a discerning and wise man and put him in charge of the land of Egypt. Let Pharaoh appoint commissioners over the land to take a fifth of the harvest of Egypt during the seven years of abundance. They should collect all the food of these good years that are coming and store up the grain under the authority of Pharaoh, to be kept in the cities for food. This food should be held in reserve for the country, to be used during the seven years of famine that will come upon Egypt, so that the country may not be ruined by the famine." -- Genesis 41:33-36

And after hearing this, Pharaoh and his advisors thought Joseph's advice was reasonably sound. But one question still remained?: "The plan seemed good to Pharaoh and to all his officials. So Pharaoh asked them, 'Can we find anyone like this man, one in whom is the spirit of God?'" -- Genesis 41:37,38

So after giving the issue some thought, Pharaoh turned to Joseph and declared: "Since God has made all this known to you, there is no one so discerning and wise as you. You shall be in charge of my palace, and all my people are to submit to your orders. Only with respect to the throne will I be greater than you. I hereby put you in charge of the whole land of Egypt." -- Genesis 41:39,40


However that may have been, as we begin to move forward -- we start to see, that things are finally beginning to turn around for Joseph. For the Sacred Record constantly points out, that even though he had suffered from within the land of Egypt for the past thirteen years -- Joseph had stayed true to who he was, when it came to his beliefs and doing right by the Lord.

Then on one unexpected day, he finds himself being summoned by the great Pharaoh (the one who'd ruled the land that he was currently a prisoner of.) Nonetheless, Joseph would enter the Egyptian courts early that day, being known as a prisoner who had been confined to the King's Prison -- because of some alleged adultery charge that was placed against him, by the wife of Pharaoh's chief executioner -- Potiphar.


Everything Has It's Season?


And as some time would pass, we now find that Joseph would be summoned by that very same Pharaoh. And because of this, Joseph would enter into the Egyptian palace courts dressed in his prison garb, while dragging his shackles and chains, as he was brought before the Egyptian ruler. But before the day would end, this same person, this same prisoner, would now find himself being elevated to the second highest position from within all the land of Egypt.

"Then Pharaoh took his signet ring from his finger and put it on Joseph's finger. He dressed him in robes of fine linen and put a gold chain around his neck. He had him ride in a chariot as his second-in-command, and men shouted before him, 'Make way!' Thus he put him in charge of the whole land of Egypt." -- Genesis 41:42-43


But the Sacred Records also points out that the Egyptian ruler wouldn't stop there: "Pharaoh gave Joseph the name Zaphenath-Paneah and gave him Asenath daughter of Poti-pherah, priest of On, to be his wife. And Joseph went throughout the land of Egypt." -- Genesis 41:45


Now let's take a closer look at this passage for a moment...

Now as we can see, not only did Joseph get promoted to be the new Overseer of Egypt (second in power, only to Pharaoh), but he also received a new name in the process? Know that this name "Zaphnath-Paaneah" is a name that signified the type of reputation that Joseph had quietly earned for himself throughout the years, which basically meant -- The Revealer of Secrets.

Know that this little bit of information, might not seem important? For you could just assume, that Joseph was blessed to finally marry -- I mean after all... he deserved it right? Normally I would agree with that sentiment, but I also know that it's these little details, that helps to set the Sacred Record (when it comes to depth and credibility) far apart from anything else that's out there. So therefore, it's my duty to point as many of these little details out to you as possible.


Be that as it may, let's move forward, by taking a closer look at Joseph's new wife...


Potiphar / Poti-pherah -- Are They the Same Person?


Now there are some who believe that "Poti-pherah the priest of On" is the same person as -- "Potiphar the captain of the guard." And to be fair, this would seem to be true at first glance, being that the names "Poti-pherah" and "Potiphar" are quite similar in their context.

And although the names are close in their makeup... I don't believe that the two, are connected to the same person. First off, notice how the Sacred Record informs us, that Asenath was the virgin daughter of Poti-pherah the priest of On -- and not, Potiphar the captain of the guard:

"...and gave him Asenath daughter of Poti-pherah, priest of On, to be his wife..."


Let's Go Deeper -- In Order to Get A Better Understanding?


So if you don't mind, I'd like to explore these names a little bit deeper, before we move on:

Understand that when it came to the Egyptians, there were a set of words that would accompany, or be attached to names that would identify the importance of one's family or ancestry. For example, when it comes to the name "Phar" -- know that this particular name would signify, that a person had came from a family that was considered to have a lower-class status, or what was perceived to be made up, of less important officers or officials from within the kingdom. Now keep in mind that the name "Potiphar" has this attached from within its context.

Next we have the name "Pherah" -- and this name signified that a person had came from a family that was considered to have upper-class status, higher power or esteemed dignity. Notice how the name "Poti-pherah" has this attached from within its context.

Now just for the sake of curiosity: know that the name "Pharaoh" -- was the surname that was always given to the Egyptian king -- which was a title in which his royal family always operated under. And also while we're here, I might as well mention, that the "City of On" was a very popular city that was located from within the land of Egypt. Know that this city was also known as "Aven" -- and perhaps later on known as "Heliopolis" -- and it's very well possible that this very same city, is now known as "Damiata" or "Damiatta." Just throwing a little bit more extra information out to you. Nonetheless, let's move forward...


Now often times, I can't help but to sit and wonder: Oh, what a wonderful place for Joseph to be in -- to have the favor of the Lord constantly raining down upon himself...

And although Joseph worried at times (okay most of the time), he'd stayed true to who he was, when it came to his beliefs in his God and his moral standards. For he had spent thirteen years of his life in a foreign land, that was filled with things that did not please the One True God that he'd served. And in spite of his current life situation, Joseph never tried to coexist, compromise, or yield his position as a servant to the Most High -- in order to get along with the surrounding culture.

Know that everything he did, he first gave credit to the Lord that he'd served, and because of that, God Almighty has rewarded him out in the open for all to see. Sure Joseph was forced to travel down a path that had taken him through a dark valley of hardships for a period of his life. But know that when he emerges from this dark valley, he's not the same as he was, when he had first entered into it.

One might ask: "Who is this person that has been elevated from the depths of the king's dungeons, to now sit in the king's palace as second-in-command and ruler over the land he was once a prisoner of?" But as soon as the question is put forth, it could easily be answered by a simple reply: "Oh, you don't know... he's forever God's highly favored servant -- Zaphenath-Paneah the Revealer of Secrets.

Now that the favor of God was clearly seen on Joseph -- being that he was a prisoner that had been elevated to the highest position (second only to Pharaoh) from within the very country that he was once a prisoner of, and perhaps the most powerful kingdom that stood at the time. I know most, would wonder: "How is that possible? Why would Pharaoh take such a risk, on someone he really knew nothing about? And on a foreigner at that." And because of this, what I would like to now do before we go further, if you don't mind... is take a quick look at how God might have caused some earlier major events to take place from within this mighty kingdom, that would later on benefit Joseph (and Israel overall). Hint: Was this Pharaoh a true Egyptian, or was his ancestry closer to Joseph's than we might think?