The Guilty Confessions of the Ten Tribes

"Surely we are being punished because of our brother. We saw how distressed he was when he pleaded with us for his life, but we would not listen; that's why this distress has come upon us," they said betwixt themselves.


In the previous article, we'd learned that after twenty years -- Joesph now finds himself in a near perfect situation, when it comes to seeking revenge against his brothers, for their betrayal against him some twenty years ago. And judging by his immediate response, after Joseph had first laid his eyes upon his brothers: 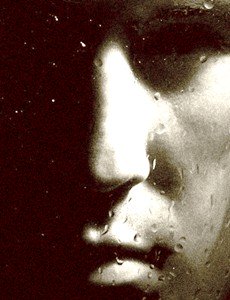 "As soon as Joseph saw his brothers, he recognized them, but he pretended to be a stranger and spoke harshly to them. 'Where do you come from?'" -- Genesis 42:7

And as we can gather from the Sacred Text -- Joseph is clearly reminded of what his brothers had unfairly done to him some twenty years before.

And also judging by his tone, Joseph is definitely struggling with the idea of giving in to his temptation of retaliating against his brothers.

Understand that Joseph has been through a lot in his life after his brothers had betrayed him.

This is a man who'd endured a season of dark captivity and uncertainty for thirteen years out of the last twenty of his life. But in spite of all this, it was his fear of God that had given him pause when it came to him acting on his anger for what his brothers had done to him.

But there's something else playing out here, while Joseph is dealing with all of this emotionally. For if we were to play close attention, I'd like to think that we're now being treated to a special and very unique moment from within the Sacred Record. For we'll find, that God has begun to move through the natural, in order to reveal to Joseph... the answers to the things that I believe, were constantly eating away at his heart and mind throughout the years:

"They said to one another, 'Surely we are being punished because of our brother. We saw how distressed he was when he pleaded with us for his life, but we would not listen; that's why this distress has come upon us." -- Genesis 42:21


Did the Sons of Jacob - Know What They Were Doing?


But in the meantime, we find that Joseph is there looking at his brothers while they were locked up in custody. And although he's pondering on what he should do to them, Joseph is also wondering what kind of men his brothers have become at this stage from within their lives. I mean after all, are they still the cold hearted and wicked minded men, that their actions had revealed some twenty years ago? For if that was the case, Joseph would have no problem sentencing them to the same type of captivity (or worse) that he had to endure, for thirteen out of the last twenty years of his life.

But also keep in mind, that Joseph could be wrong in his assumptions, when it comes to his brothers? For we must also remember, that these ten men were also the sons of Jacob. And with Jacob being God's faithful servant -- rest assured, that Jacob would do his very best, when it came to teaching his sons about the ways of the Lord.

And although it could've been possible, that Joseph's brothers could have been so bold with their envy towards their little brother, that they were willing to go against the Almighty God... when it came to getting rid of him? It could also be possible, that Joseph's brothers were simply blinded by their jealously... so-much-so, that they didn't realize that they had placed themselves in the unfortunate position, of going against that very same God.


Nonetheless, we begin to see, how God starts to move from within the natural, in order to get Joseph's attention -- while in the process, answering his concerns about his little brother Benjamin? For we now find, that the Sacred Record reveals that while Joseph's brothers were sitting in prison, they ended up speaking freely amongst themselves while Joseph was looking at them from outside the jail cell -- for they didn't realize, that Joseph could understand them, being that he pretended that he needed an interpreter to speak through:

"Then they said to one another, 'We are truly guilty concerning our brother, for we saw the anguish of his soul when he pleaded with us, and we would not hear; therefore this distress has come upon us.' And Reuben answered them, saying, 'Did I not speak to you, saying, "Do not sin against the boy"; and you would not listen? Therefore behold, his blood is now required of us.' But they did not know that Joseph understood them, for he spoke to them through an interpreter." - Genesis 42:21-23


Some New Insight - On The Night Joseph Was Betrayed?


Now I would like to briefly point something out? Notice how Joseph's brothers stated: "...when he [Joseph] pleaded with us for his life..." Now this statement alone, provides more insight, on what had happen while Joseph was sitting in that dark pit his brothers had thrown him in, while they contemplated killing him as they ate their meals? Keep in mind, that this wasn't mentioned when this account was first recorded:

"So when Joseph came to his brothers, they stripped him of his rob -- the richly ornamented robe he was wearing; and they took him and threw him in the cistern (pit). Now the cistern was empty; there was no water in it. As they sat down to eat their meal, they looked up and saw a caravan of Ishmaelites coming from Gilead. Their camels were loaded with spices, balm and myrrh, and they were on their way to take them down to Egypt" -- Genesis 37:23-25

Notice how at the time, that there weren't any mention of what had happened while Joseph was inside the pit. Now personally, I find this to be very interesting for a number of reasons -- but I will only mention two of them at this time: First off, it shows and supports the viewpoint, of how truly envious and wicked minded his brothers had become towards Joseph at this particular time from within his life.

Second: The difference between the two passages (Genesis 37:23-25 / Genesis 42:21-23) gives us deeper insight, when it comes to the unlimited stimulating power of God's Word that deals with our spirituality and our natural state of mind. I'll tell you this, I hold true to the notion, that if you really get into the Sacred Record -- you'll learn just how much of a map-of-life it really can be. If you stick with me, as we continue through this Great Book... I'd like to think, that this will become clearer to you, as we delve deeper into the Word of God.


We now find, that after Reuben had heard the convictions of his brothers, he wanted to make something very clear to them, when it came to the part that he'd played, while all of this was going on: "Didn't I tell you not to sin against the boy? But you wouldn't listen! Now we must give an accounting for his blood."

Now personally, I can see Joseph raising an eyebrow while stroking his chin after he had heard what Rueben had just said. For Joseph must've known at that moment, that the convictions of his brothers at that time, were true and very sincere -- being that they didn't know that he could understand the Hebrew language that they were speaking in. After all, they didn't recognize the man he had become throughout the years, for they had truly thought, that Joseph was truly an Egyptian. Especially since Joseph was speaking through an interpreter, they had no idea that he could actually understand them.


Now That Joseph Knows -- What Now?


Nonetheless, now that Joseph had heard their convictions... and perhaps gained some more insight into who they really were, at this point from within their lives -- Joseph could have begun to think, that they too had changed from before? And even though this may have been the case, Joseph had to continue to play the role of what he had become, which was "Zaphenath-Paneah the Revealer of Secrets" -- in order for him to get the answers he'd sought.

For he'd felt like he had to do this, being that he still had one major concern on his heart and mind? And this dealt with the fact, that he wanted to know that his baby brother Benjamin was indeed, well and in one piece. So after Joseph had heard his brother's confessions, he turned away from them and began to weep privately.

After this had happened, he then turned back towards his brothers and spoke to them again. Now the Scriptures don't tell us what he had said -- but the Sacred Record would reveal, that he had Simeon taken from his brothers, and Joseph had him bound before their very eyes. Now this was done, in order to reinforce and remind his brothers, of the seriousness of the situation, that they had now found themselves in:

"And he turned himself away from them and wept. Then he returned to them again, and talked with them. And he took Simeon from them and bound him before their eyes." -- Genesis 42:24


Now as we can see from the Sacred Text, things are becoming a little bit more interesting, and it looks as if (through force) Simeon will be the one staying behind, now that Joseph has sent the rest of his brothers on their way back home, in order to get Benjamin. Now I wonder... what their father Jacob will say, when it comes to all of this?