"During the [next] seven years the land [of Egypt] produced plentifully. Joseph collected all the food produced in those seven years of abundance in Egypt and stored it in the cities. In each city he put the food grown in the fields surrounding it. Joseph stored up huge quantities of grain, like the sand of the sea; it was so much that he stopped keeping records because it was beyond measure." --


In the previous article, I'd admitted that when I first started studying this particular part of Joseph's record -- I often wondered, could it truly be possible, that a prideful ruler like Pharaoh -- could actually humble himself enough, to place a foreigner in a very powerful position of being the Overseer (second-in-command) of Egypt? 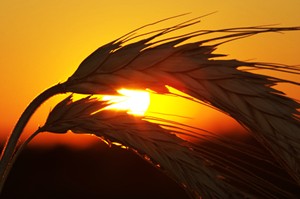 But as I'd pushed myself to delve deeper, when it came to my studies...

I'd discovered that during this time period, the Egyptian kingdom was currently going through some major changes of it's very own.

It would also be at this time, that Egypt's infamous fifteenth family dynasty was formed. Also in the last article, I'd pointed out, that Egypt's fifteenth family dynasty was made up of a nomadic group that was know as the Bedouins. And the reason why I believe this little bit of information to be important, deals with the fact, that when it came to the Bedouins -- know that they were from an Arabian descent... which means, they weren't Egyptian.


You see, when it comes to Egypt's Middle Kingdom era, know that the Twelfth family dynasty was the most dominate one, in which the land of Egypt thrived under. Understand that this particular family dynasty, had ruled between the periods of 2000 BC and 1800 BC. But it would be after this period, where we would find, that Egypt's following Thirteenth and Fourteenth family dynasties, weren't as dominate as their predecessors -- for they were found to be weaker in their reign, as time went on. And because of this, the Egyptian kingdom would eventually fall into disarray.

Needless-to-say, the Bedouins would take advantage of this, by taking over the middle and lower parts of the Egyptian kingdom. What this basically meant, is that Joseph wasn't promoted by a Pharaoh that had held and obtained his royal position through the traditional process of inheritance. But he was promoted by an Egyptian ruler that was not of the same blood, of the land that he ruled over. Instead, he was a foreigner that had came to power, through the method of usurpation -- for he had taken by force, a position of authority that was not rightfully his.


The Pharaoh From a Different Land?

And since Pharaoh had held the Egyptian throne through nontraditional means, and was himself a foreigner -- we could also assume, that there weren't very many people (Egyptians) around him that he could fully trust. Understand that I'm not pointing these things out, in order to take glory from the One True God. Know that I'm simply pointing these things out, in order, to be able to better connect, and track God through Joseph's ordeal -- not only in the spiritual, but in the natural as well. I mean after all, this Egyptian king would not have held the throne, if it weren't for God in the first place? Who else except God -- good cause a well organized and successful country like Egypt... to suddenly go into disarray? Honestly, is this notion, really that too far-fetched, to propose?

I like to personally think, that it was God who had allowed Egypt to go through this season of disarray, for the sake of Joseph and the destiny that He had bestowed on him and Israel overall. This is also the reason why I believe, that this is vital information to know -- for it helps us to better understand how God causes, and uses natural situations and circumstances, to teach and prepare us for our coming seasons in life. For we must not make the mistake of limiting God to a certain time period or person. Know this, God never changes, and since He turned Joseph's bad situation into good, He can do the same for us as well.


Joseph's Age -- Why Is It Important?


Now let's turn our attention back to the Sacred Record -- for we're now told that Joseph was thirty years old when he was elevated to the Overseer position -- also known as "The Prime-Minister of State." Understand that the age is given by the Sacred Record -- in order for us to appreciate the ordeal that Joseph had just gone through during this period of his life.

Now that might read a little crazy, but be aware that the ordeal that Joseph had just went through in his life, didn't just provide a way to track God in the natural -- but it also created a way for us to better understand, that although Joseph had to endure a season of affliction and hardship, his season of prosperity would end up lasting much longer. Read that again if you have to... Know that with his age being mentioned, we are able to see the time difference between the different stages of Joseph's life more clearly. Now stick with me here, and I'll try to break it down, and make it a little bit more clear-cut.


Okay like I'd just stated, Joseph was elevated to be the Overseer over Egypt -- also know as "The Prime-Minister of State" when he was thirty years of age. Now this means, that he had spent thirteen years in the land of Egypt -- before he was elevated to this position. But keep in mind, that Joseph will live to be 110 years old. Now this is important to know, because Joseph was seventeen years of age when he was first sold (and betrayed) by his brothers.

These are the type of things we need to keep in mind, while we're experiencing and traveling through the dark valleys of life. Don't make the mistake of falling into the trap, when it comes to you thinking that your suffering, and the time that you spend in obscurity, is all for naught -- simply because you didn't compromise your position, or beliefs, when it came to the Lord Jesus Christ.


Your Suffering is Not for Naught?


Know that the account of Joseph -- has just shown us that God will compensate, and reward us, for staying true to Him -- both spiritually and naturally. And keep in mind, that when I use the word "compensate" -- I'm not necessarily using it in a monetary or material sense. But in such a way, that includes things like wisdom, insight, understanding, knowledge, and spiritual increases when it comes to gifts and discernment. And I know that this doesn't seem like much, but you'll be surprised how effective (and powerful) these types of increases can be, when used correctly in your everyday life.

Now I know, that the consensus of opinion amongst most Christian leaders and teachers -- deals with notion, that when you do things for the Lord... it should be out of love, and that you shouldn't do it, expecting anything in return. And you know what, they're right! But I'll tell you this... there's nothing too hard for the Almighty God. And when it comes to knowing, that in the end, that your season of hardship and affliction, will profit you greatly (in some way or fashion) as you continue to stay true to the Lord... no matter what. Then I'm sorry, but I just don't see the harm, when it comes to having such expectations.

Now I'm not indicating that you should be motivated by such increases (or rewards) -- but we shouldn't make the mistake of thinking, that our sacrifices, and the afflictions that we'd just endured for the Lord... are done in vain, and that the seeds that were planted during that season of hardship (one just experienced) would come back to us void and without value. For we must always remember, that the things that the Lord decides to take us through, is not done for naught, but are done in order to prepare us for something greater.

Nonetheless, let's move forward... shall we?


The Sacred Record has now confirmed, that the first seven years of abundance seemed to have started, being that Joseph was now storing up the extra grain that the land of Egypt was producing:

"During the seven years the land produced plentifully. Joseph collected all the food produced in those seven years of abundance in Egypt and stored it in the cities. In each city he put the food grown in the fields surrounding it. Joseph stored up huge quantities of grain, like the sand of the sea; it was so much that he stopped keeping records because it was beyond measure." -- Genesis 41:47-50

Next we're informed by the Sacred Record -- that during these seven years of abundance, that Joseph himself, would also experience the gift of abundance when it came to his very own household:


Clearing Some Things Up?


And although the Sacred Record is very clear, there are some things that I want to touch on for a moment, when it comes to the names of Joseph's kids. For the statement that Joseph made after they were born, tells us what each name signifies.

Manasseh signifies (forgetfulness) -- Joseph declares: "God has made me forget all my trouble and all my father's household"

Ephraim signifies (fruitfulness) -- Joseph proclaims: "God has made me fruitful in the land of my suffering."

Also keep in mind, that when Joseph makes the statement: "It is because God has made me forget all my trouble and all my father's household." Know that this basically deals with the hardship and betrayal, that Joseph had experienced, when it came to how his brothers treated him overall.

Now that Egypt's seven years of abundance has ended -- the "famine of seven years" begins its entry into the land. And perhaps, throughout all parts of the known world as well. Not just Egypt? And if this is the case, will there be enough grain in Egypt to supply all those who need food?