Reunited With Benjamin -- What A Secret Delight?

Joseph was very delighted to see his little brother Benjamin -- but keep in mind, that he couldn't show his true emotions in front of his brothers. And the reason for this, dealt with Joseph still wanting to keep his identity a secret from them.


In the last article we'd learned, that when Jacob's sons had returned from Egypt... they'd delivered some bad, and very unexpected news to their father. Understand that this news, dealt with Jacob's sons reporting to their father, that Simeon (their brother) was now being held prisoner by the Egyptians. Now when it comes to Simeon -- know that he was Jacob's second oldest son, who was born unto Jacob's wife -- Leah. 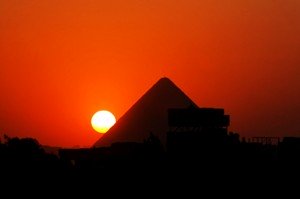 And it would be at this time, that Jacob's sons would tell their father, that in order for Simeon to be set free -- they would have to bring their little brother Benjamin to Egypt with them.

Now keep in mind that initially, Jacob had refused to go along with these demands...

But it would be his son Judah -- who would eventually come forward, and offer his father some sound reasoning, in regards to him rethinking his position -- when it came to Benjamin leaving for Egypt. And after Jacob had thought this very unfortunate situation, through some more... he'd finally allowed Benjamin to head to Egypt with his brothers. And needless-to-say, Jacob wasn't happy about the decision.

For it would be at this time, that Jacob would reveal how he really felt, when it came to their current family dilemma. For he had, in so many words -- let his sons know, that he'd embraced the notion, that he wouldn't probably see Benjamin again: "You have deprived me of my children. Joseph is no more and Simeon is no more; and now you want to take Benjamin. Everything is against me!" -- Genesis 42:36

Now personally, I can't say that I can blame Jacob for the type of attitude that he had adopted, when it came to him having to depend on his sons? First off, remember some twenty years before, that his sons had led him to believe that Joseph -- the one son that Jacob highly favored, and the one that he could actually depend on (from out of his twelve sons), had been killed by a wild beast in the fields.

And of course this was a lie, being that the true story, dealt with his sons secretly betraying their brother Joseph -- by selling him into slavery. Nonetheless, however that may have been -- as far as Jacob knew, Joseph was now gone. And now we find him at a point in his life, where he may lose another favorite son, when it comes to Benjamin.


You Already Took Two of My Sons - Why Not Three?


Now all of this came about, after the "famine of seven years" had struck the entire known world, and Jacob was somewhat forced, to send ten of his sons (for personal reasons, he wouldn't let Benjamin go) down to Egypt -- in order to buy grain, so their households wouldn't starve. Now what seemed like, what should have been an easy task -- their journey would still turn out to be problematic for Jacob's sons... being that now, they would return home without their brother Simeon.

And on top of that, we now find, that Jacob's sons needed to take Benjamin down to Egypt with them, and although Jacob was a God-fearing man... I'd like to think that he'd allowed, or what he thought he had saw in the natural -- to limit and influence him negatively, when it came to his faith and trust in the Almighty God. For if he had trusted, and focused on God more, Jacob wouldn't have been so easily led down a path, that was paved with so much despair and heartache.

Now keep in mind, that according to Jacob -- he thought that God had allowed two of his sons to be taken from him, so why not a third: "You have deprived me of my children. Joseph is no more and Simeon is no more; and now you want to take Benjamin. Everything is against me!"


No Peace of Mind?


But what Jacob didn't understand, is that God had not taken his sons from him (like he was led to believe), but the Lord had basically placed Joseph and Simeon on (what I like to call) separate predestine paths. For I want you to know, that they were two very different paths, that were designed to further complete God's plans, when it came to the next phase of Israel's future.

I also want you to know, that God did not forget His "promise covenant" that He had made with Jacob... and with Jacob's father Isaac... and with Jacob's grandfather Abraham. But when it came to Jacob -- it would seem, that he himself, had forgotten about (or started to doubt) the covenant that God promised to him?

I want you to know, that Jacob's faith was very weak at this point in his life... and because of this, he will find himself traveling down a path, that would lead him through what I like to call "a season of restlessness" -- for it would be a season, that would greatly affect his mind and spirit greatly.

I'll tell you this, being able to have some type of "peace of mind" when it comes to a world that's so cold and chaotic... I like to believe, is definitely a benefit that only God can give. But know this... it will take one with strong faith and unwavering trust when it comes to the Almighty -- that will enable that person, to fully enjoy a peaceful benefit of such value.


Going Back to Egypt?


Be that as it may... as we move forward, we now find that Jacob's sons had taken the gifts that their father had suggested for them to take, to the Egyptian ruler (the one who was now holding Simeon prisoner.) They also took double the amount, when it came to their silver... since they needed to pay for a new supply of grain, but they also needed to pay for the grain, that they had previously brought back on their last trip to Egypt:

"As they were emptying their sacks, there in each man's sack was his pouch of sliver! When they and their father saw the money pouches, they were frightened." -- Genesis 42:35

So shortly after, the Sacred Record points out, that Jacob's sons had hurried back down to Egypt... and presented themselves to "Zaphenath-Paneah the Revealer of Secrets" -- who was of course, their long lost brother Joseph -- who they still didn't recognize. And needless-to-say, Joseph was very delighted to see his little brother Benjamin once again -- but keep in mind, that he couldn't show his true emotions in front of his brothers. And the reason for this, dealt with Joseph still wanting to keep his identity a secret from them.


So instead, Joseph told his steward: "Take these men to my house, slaughter an animal and prepare dinner; they are to eat with me at noon." And the steward would do as he was told, and he took Jacob's sons back to Joseph's house. But in the meantime, Jacob's sons would become very afraid, since they didn't know what to think, when it came to them receiving such an unusual prestigious invite.

After all, it was very rare, for a man that had such a high standing from within the land of Egypt... to be so hospitable to foreign strangers (especially, if they weren't seen as royalty themselves). So immediately, they thought it was a trap of some sorts. For we find them saying amongst themselves: "We were brought here because of the sliver that was put back into our sacks the first time. He wants to attack us and overpower us and seize us as slaves and take our donkeys." -- Genesis 43:18


Now Jacob's sons were at the entrance to Joseph's house, and it was at this time, that they began to explain their concerns to the Egyptian steward: "Please sir, we came down here the first time to buy food. But at the place where we stopped for the night, we opened our sacks and each of us found his sliver, the exact weight in the mouth of his sack. So we have brought it back with us. We have also brought additional sliver with us to buy food. Sir, we don't know who put our sliver in our sacks." -- Genesis 43:20-22

And after the steward had heard all that Jacob's sons had to say, he responded by saying: "It's all right, don't be afraid. Your God, the God of your father, has given you treasure in your sacks; I received your sliver." Now after the steward had said this, he took them in the house, and went to go get their brother Simeon -- the one who Joseph had kept in prison, all this time.

Next the steward would go, and get them some water, so they could wash their feet... and he'd also provided their donkeys with some fodder (coarse food). But in the meantime, Jacob's sons had also learnt, that they would be dining there at Joseph's home, so they decided to prepare the gifts that they had brought from their father's house, in order to give to him.


Now with a man like Joseph -- a man that has everything... what will he think, about the gifts his brothers had brought to him? Also, since Joseph finally has Benjamin -- will he let him go back home with his brothers? Or, does he now have different plans? How will Joseph brothers respond, if Joseph tries to force Benjamin to stay? After all, they did tell their father that Benjamin would return back home with them. Will they let their father down, once again?