What Has The Lord Done To Us?


For it was at this point they realized the horrible ramifications behind this discovery: "My sliver has been returned,' he said to his brothers. 'Here it is in my sack.' Their hearts sank and they turned to each other trembling and said: 'What is this that God has done to us?'"


In the last couple of articles, we'd continued to explored the possibility... that after Joseph's brothers were somewhat forced to come before him, in order for them to buy grain for their household's survival. I continue to point out, that Joseph was perhaps, struggling with the notion of seeking revenge against his brothers, when it came to them betraying him some twenty years before. 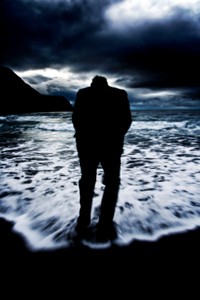 Now I say "perhaps" -- for I want you to know, that they're different viewpoints amongst Bible scholars -- when it comes to Joseph's true agenda, after the Lord had delivered his brothers into his hands.

For most seem to believe, that Joseph was just toying with his brothers when they had first came before them.

But for me personally, I believe that Joseph's overall agenda, when it came to his brothers -- deals with one that's constantly evolving throughout his recorded account.

Notice the very first moment that God had first delivered Joseph's brothers into his hands?

For I truly believe, that it was at this moment, when Joseph had first seen his brothers after so many years, his old emotions were stirred -- this is why he was found speaking to them harshly:

"As soon as Joseph saw his brothers, he recognized them, but he pretended to be a stranger and spoke harshly to them. 'Where do you come from?'" -- Genesis 42:7

Now for me... it's at this point, where I believe that Joseph's struggle, when it came to him seeking revenge against his brothers was first discovered. And I also like to think, that it was probably during this time, that his feeling for vengeance was at its strongest.

But in spite of all of this, something else would happen, while Joseph was thinking and struggling about the notion of seeking revenge? For Joseph would soon learn, that his little brother Benjamin was still alive and well. And it's at this moment, that I hold true to the notion, that Joseph's agenda would evolve a little bit more. For we would find that Benjamin's safety, meant more to him at this time, than some personal vendetta. Now personally, I'd like to think, that this little bit of important information regarding Benjamin... had helped to give Joseph pause, when it came to him seeking vengeance against his brothers.


How Did All This Family Drama - Come About?


But when it came to Joseph... one may wonder, how did he get to this vengeful tipping-point, when it came to his brothers in the first place? And for us to fully understand how this was made possible, it wouldn't hurt for us to do a quick recap on what had taken place so far, when it came to Jacob's (Joseph's father) household. For we must remember that among all twelve brothers, that there were four mothers between them. Also keep in mind, that Joseph and Benjamin had the same mother, who was Rachel. And out of all four women, Rachel was the only one that Jacob truly loved.

Now from out of all the four women, Rachel was also the one that had trouble when it came to bearing children. Because of this, she would be the last of Jacob's wives, to have had the experience and pleasure, of bearing a child of her very own. And this is why, when Joseph was finally born, he instantly became Jacob's favorite. I like to think, that these are very important facts to know... for you must also understand, that these are the reasons why a strong competitiveness, and envious relationship had developed between -- not just Jacob's wives (primarily between Leah and Rachel), but between Jacob's sons as well.


Now one would think, that it shouldn't be that far fetched, to grasp hold of the notion that Jacob's household environment had become very toxic. And because of this stressful situation, a betrayal process that was full of envy, was started by Joseph's brothers, a situation that would eventually place Joseph on a path, that would at some point, take him all the way to the second most powerful seat within the Egyptian kingdom.

And on the other hand, we also learnt how God would move through the natural, and reveal to Joseph the true nature, when it came to the hearts and minds of his brothers. And by us looking at the way Joseph's brothers had treated him earlier in his life, it shouldn't be hard, to see how Joseph would still view them as being the same very wicked and evil men, as they stood before him twenty years later.


Times Have Changed - Joseph Is Only Human?

Now with that being stated, we must also keep in mind, that although Joseph had been given the honor to have his storied account recorded from within God's Sacred Writings, he was, after all... still human. It's absolutely crucial that we remember this very important fact, while we continue on our journey throughout God's Word. And by remembering that Joseph is only human, it will help us to see past the natural limits -- that to this very day, we continue to place on ourselves, especially when it comes to a specific time-period or culture.

I challenge you, to learn how to look and go beyond your natural understanding of things. Don't be afraid to let go of your rational mindset when it comes to the Word of God. I'll tell you this, you'll be amazed at how alive your Biblical studies will become, when you learn to trust the Sacred Record for all its worth. While standing confidently and courageously, on the fact, that God's Word is transcending, and transforming, and is second-to-none, when compared to everything else.


"Joseph gave orders to fill their bags with grain; to put each man's silver back in his sack; and to give them provisions for their journey. After this was done to them, they loaded their grain on their donkeys and left." -- Genesis 42:25

Now this Scripture informs us that Joseph had the money that his brothers had used to purchase their grain with, returned back to them. This is another clear sign, that Joseph is allowing God to continue to lead him in this ordeal, in spite of his own feelings. Know that this is the first sign that God is winning the battle within Joseph's heart and mind:

"Do this and you will live, for I fear God: If you are honest with me, let one of your brothers stay here in prison, while the rest of you go and take grain back for your starving households. But you must bring your youngest brother to me, so that your words may be verified and that you may not die.'" -- Genesis 42:18-20

The mere fact that Joseph mentions that he has the fear of God, shows that he realizes that he will still be held accountable by the Almighty... even though, by reasonable standards, Joseph had every right to seek revenge against his brothers.


Now don't make the mistake of thinking, that Joseph had the money secretly return to his brothers, in order for him to trump up more charges against them -- for he had already had them charged as spies. Now this added situation, would also make them thieves as well. Understand that in spite of Joseph's personal feelings, he has a good heart, and has shown excellent character throughout this whole ordeal.

But he's now at a crucial point from within his own life. And with things going so well for him... I just don't see him all of a sudden, changing for the worse, and risk compromising his favored position with God -- in spite of his inner angry emotions towards his brothers.

However and with that being stated, let's move forward...

Joseph's brothers have now headed out, for they are now going back home to their father, in order for them to retrieve Benjamin and bring him back to Joseph -- in exchange for their brother Simeon... who Joseph was keeping in prison. But on their way back, they decided to stop and rest for the night, and much to their surprise, one of them opened his sack and found the sliver that they had used to buy grain with.


Now keep in mind, that this wasn't good news for Joseph's brothers, not at all. For it was at this point they realized the horrible ramifications behind this fearful discovery: "My sliver has been returned,' he said to his brothers. 'Here it is in my sack.' Their hearts sank and they turned to each other trembling and said: 'What is this that God has done to us?'" -- Genesis 42:28

Now personally, I'd like to think that this Scripture takes us further into the process of how God is dealing with these men, in regards to their past actions against Joseph. I believe that Joseph's brothers never really had inner-peace, after they had betrayed him some twenty years before.

Then for them to go, and tell their father Jacob some untruthful horrible news. And on top of that, to be able to stand there and watch the crumbling of their father's breaking heart, after he'd heard about Joseph's so-called demise. For he now believed that Joseph (his favorite son) was now dead. And for Joseph's brothers to live with that corrupt moment... to live with that wicked secret, and to watch the endless mournful season that they'd shackled their father with... leads me to ask the question: "Where's the inner-peace in that?"

When Joseph's brothers first left for Egypt -- it was ten of them, now they return with one of them missing. How will Jacob respond... to perhaps, losing another son? How will Jacob respond, to the story that his sons are about to tell him? And what about his new favorite son... Benjamin -- will Jacob allow him to depart from him, and now go to Egypt with his brothers?