I can imagine Jacob having a look of astonishment, and disappointment on his face, while his sons were telling him about the things that had taken place, while they were down in Egypt. I wouldn't be surprised, if Jacob at this point, had rendered his sons from within his own mind, as to being completely incompetent.


In the last article we'd learned, that after Joseph had discovered that his little brother Benjamin was still alive, he'd presented the rest of his brothers with an ultimatum, that dealt with them going back home and retrieving Benjamin. 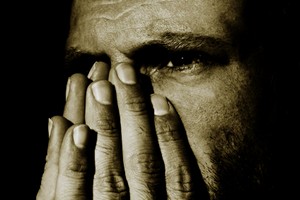 Understand that after Joseph had learned after all these years, that Benjamin was alive and well -- he wanted Benjamin to be in Egypt with him.

And to somewhat guarantee, that his older brothers would keep their word (when it came to them bringing Benjamin to Egypt), Joseph imprisoned his (their) brother Simeon:

"They did not realize that Joseph could understand them, since he was using an interpreter. He turned away from them and began to weep, but then turned back and spoke to them again. [And it's at this point] He had Simeon taken from them and bound before their eyes." -- Genesis 42:23,24

Know that this move on Joseph's part -- had reinforced the importance of the situation, for it showed his brothers, the seriousness of his demands. Now remember that up to this point, Joseph's brothers still didn't recognize who Joseph really was. For they didn't know that he was the brother that they had betrayed, and sold into slavery some twenty years before.


The Bearers' of Bad News?


However that may have been, we'll now move forward... and it's at this point, the Sacred Record reveals that Joseph's brothers had made it back home to the land of Canaan. And it would be at this time, that they presented their father with the bad news that concerned his sons Simeon and Benjamin. And as they'd came before their father, they told him:

"The man who is over the land spoke harshly to us and treated us as though we were spying on land. But we said to them: 'We are honest men; we are not spies. We were twelve brothers, sons of one father. One is no more and the youngest is now with our father in Canaan.'

"Then the man who is lord over the land said to us: 'This is how I will know whether you are honest men: Leave one of your brothers here with me; and take food for your starving households and go. But bring your youngest brother to me so I will know that you are not spies but honest men. Then I will give your brother back to you; and you can trade in the land.'" -- Genesis 42:30-34


Now after hearing all of this -- I honestly believe, that this moment, proved to be a very disturbing moment for Jacob. And actually, I can imagine Jacob having a look of astonishment, and disappointment on his face, while his sons were telling him about the things that had taken place in Egypt. I also wouldn't be surprised -- if Jacob at this point, had given himself over to the idea, that his sons were completely incompetent?

For they had first, allegedly lost Joseph some twenty years before, when they were out and about the land. And once again, while they were out and about, they lose another brother. And on top of this, they're now telling their father Jacob -- that they will need to take Benjamin (who was his favorite son) back to Egypt with them.

Nonetheless, this wouldn't be all, when it came to the disturbing report, that all of a sudden, Jacob's sons were now springing on him. For the Sacred Record points out, that Jacob would see something, as his sons unpacked their bags. For it would be this "something" that would cause Jacob to become very afraid: "As they were emptying their sacks, there in each man's sack was his pouch of sliver! When they and their father saw the money pouches, they were frightened." -- Genesis 42:35


Now keep in mind, that Jacob's sons had already knew about the money pouches -- for they had discovered them, after they had stopped to rest, while they were making their way back home from Egypt. Now perhaps, after they had saw how concerned, and fearful their father was, the fear they'd once experienced on the road back home, had return to them as well: "When they and their father saw the money pouches, they were frightened."

Nevertheless, it would be at this point, that Jacob would just lose his composure. And because of this very emotional moment that Jacob was going through, he tells his sons how he really feels about the overall situation: "You have deprived me of my children. Joseph is no more and Simeon is no more; and now you want to take Benjamin. Everything is against me!" -- Genesis 42:36


Jacob's Personal Battle From Within?


Now it's at this point, where we find Jacob... a man who was God-fearing. A man who had the privilege to meet personally with the Lord on numerous occasions. A man who God Himself, confirmed as the new "promise bearer" of the Abrahamic Covenant -- for the position would be a reminder of the great things, that the Lord was going to do, through him and his seed.

Understand, that Jacob is beginning to lose his personal battle, when it comes to him staying strong in his faith, while maintaining a peace of mind of some sorts, as he endures this overall ordeal, that has been revealed through his sons. And because of this, we now begin to see, that he's having doubts about his overall purpose.

Know that it's because of these doubts, that we now see Jacob... running the risk, of being forever shackled by his "season of suffering" -- a season that was put in motion, when it came to the lost of his son Joseph... and now the potential loss, of his youngest son Benjamin.


One Must Wonder -- How Can We Not Relate?


And in all honesty... is this any different from us today, here in the 21st century? For we have a man, who constantly obeys and loves the One True God. A man who has witness first hand, the power of God's gifts, especially when it comes to, the gift of provision, mercy and grace. And yet... Jacob still suffers. Also understand, that Jacob himself, is gifted in so many ways, and the Lord has used him on so many different occasions... and yet, Jacob is still affected negatively by this natural world.

I like to think, that this should be a constant reminder to us? A reminder, that points out -- that although Jacob has had the honor and privilege, to have his name, and life, recorded from within the Sacred Scriptures -- know that he's still human, just like the rest of us. And it's for this reason, that this is why, we shouldn't be ignorant, by thinking, that these events are in some far away fairytale place, and everything is just peachy for all those involved? No, this is not the case! For these Sacred Scriptures and the Author of them, who is the Almighty God -- are forever intertwined, when it comes to everything that deals with "life" -- both spiritually and naturally.

And this is why, I truly believe... that we're extremely fortunate, to be able to have a Sacred Record -- that comes with such insight, depth and validity -- for it allows us, to be able to see how the Lord moves, and interacts with us, on a daily basis -- both in the natural and the spiritual. To put it simply, the Holy Scriptures gives us the ability to see God both naturally and spiritually.


Blinded By the Hardships of Life -- And Yet?


Also know, that we're able to see how God is laying the foundation, along with the expectations, in regards to the next phase, that deals with the "promise" that the Lord had made, not only to Jacob, but to his father Isaac, and to his grandfather Abraham as well. But at this moment, Jacob doesn't see this... and to make matters worse, he seems to have lost sight of that path, that God had so clearly paved out for him. I truly believe, that Jacob has allowed himself, to be blinded by the hardships in his life.

This is why we must keep in mind, that we too... also have promises, gifts and talents, that God has bestowed upon us, as well. And just because we haven't been able to identify, recognize, or to simply see the path of greatness, that God has for each and everyone of us -- does not mean, that the path isn't there. So don't make the mistake of thinking, that you don't have purpose. And don't ever make the mistake, of giving up on the things that you're most passionate about.

Know that God has laid out "great promises", for those who have chosen to believe in the Lord and His son Jesus Christ. My brothers and sisters, I pray that you continue to have faith, and never give up, on the God that molded and crafted you. Always be diligent, and a good steward, when it comes to the things and tasks, that the Lord has placed before you. Know that, He has made you to be priceless, for you're a living treasure trove, that's loaded with gifts and talents that no other creature possesses. I just want you to know, that God loves you, never forget that.


The Sacred Record makes it clear at this point, that Jacob doesn't trust his sons, and his faith has been severely shaken. And with Jacob being in this type of mindset, and by his heart quickly filling up with pain and sorrow, the question is still without an answer: "Will he let Benjamin go back to Egypt with his brothers?"

For Benjamin is the last child, of his late wife Rachel -- the woman that he'd loved with all his heart. And with her other child Joseph (who is presumed to be dead) what will he do, if Benjamin too... is also taken away from him? After all the Lord has done for him, has Jacob finally been forsaken by this same God?